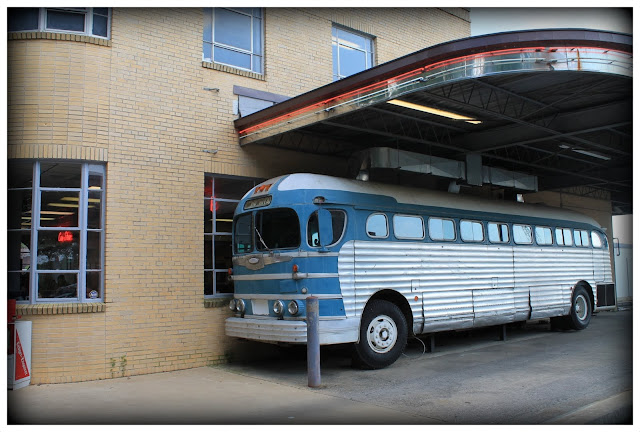 We ended our Columbus, GA trip by eating at Country's Barbeque.  I am not a fan of barbeque but I was not about to let that get in my way of getting to eat inside a 1930's Greyhound bus outfitted as a diner. 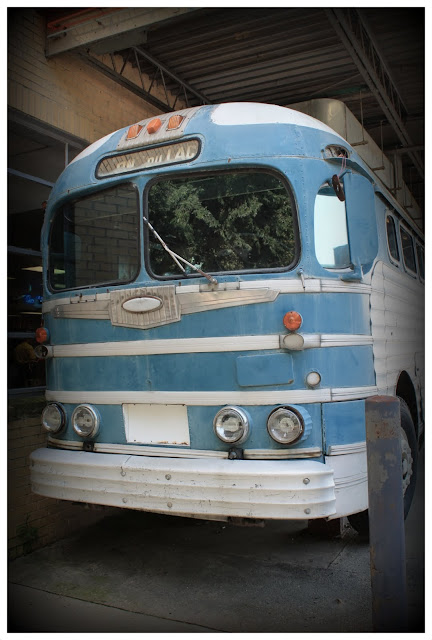 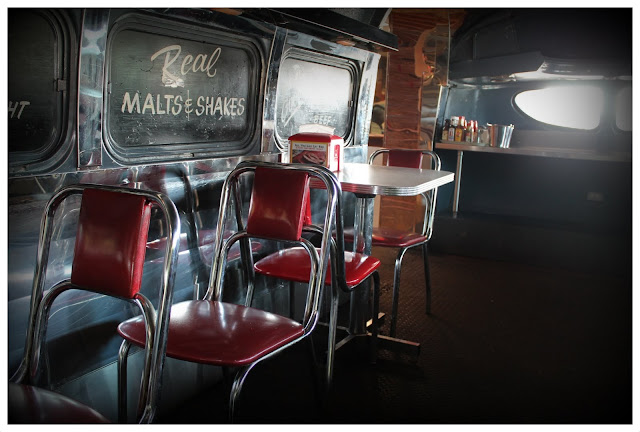 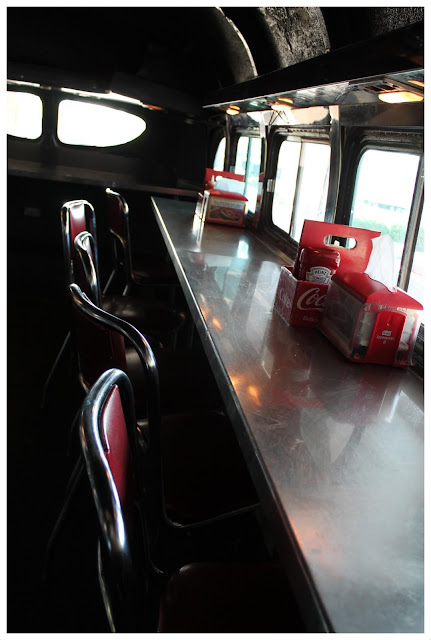 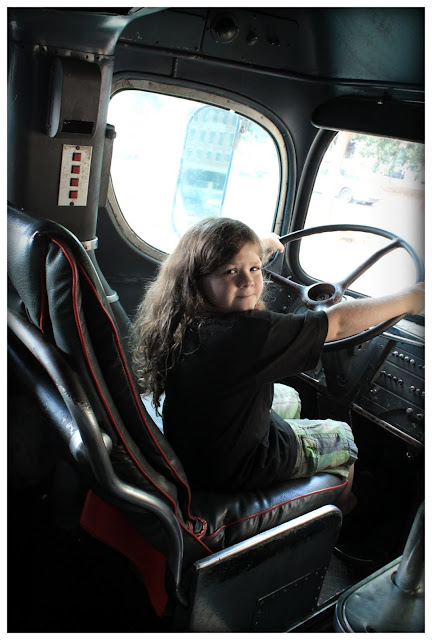 Diners are allowed to sit in the driver's seat and turn the wheel.  The red buttons seen above PB's noggin are different sound effects: a revving bus engine, a horn blaring, and a bus driver making announcements over the intercom. 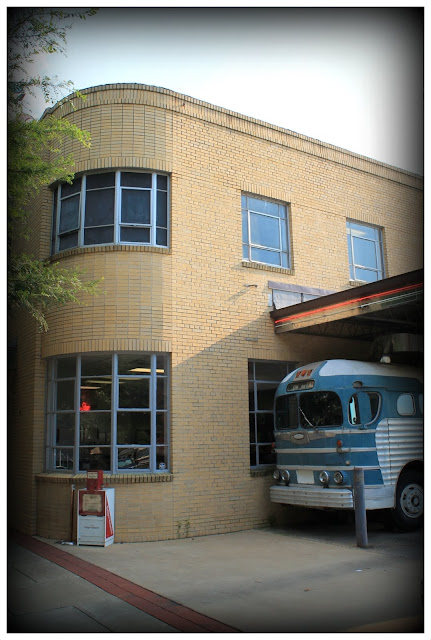 The building was built in the 1930's and was originally a bus station.  The bus is attached to the building and has seating inside it.  The main part of the building has more seating and is very diner-ish decorated.  The menu doesn't have a "blue plate special" but a "Bus Driver's Special" such as a "Pig Tator".  It was a lot of fun getting to sit in the bus and look out the window while dining.

I have Roadside America to thank for the tip about the Bus Diner.  I highly recommend this site to anyone taking a trip looking for neat side attractions along the way or as main destinations.
Posted by my house is cuter than yours at 7/18/2013