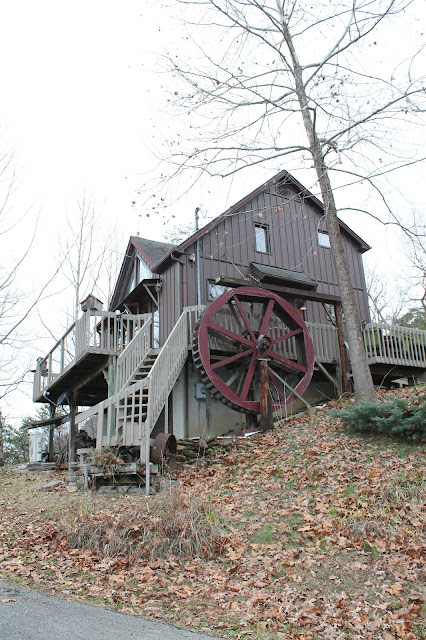 During Thanksgiving week 2019 the fam and I took a trip to Berea. KY.  We don't know anyone who lives there or anywhere near by, which is kinda the point.  Mr. Husband and I have developed a love for Kentucky over the past 6 years and find ourselves planning our Thanksgiving holidays every few years for some scenic Kentucky spot.
This time we found a cabin in Berea, KY.  Berea is known as a "working artists" community with lots of heritage craft studios.  It is also the home to Berea College founded in 1855, which is free to attend somehow.  Both of these attractions, while interesting, weren't what we went for.  We went for peace and quite and gorgeous scenery. 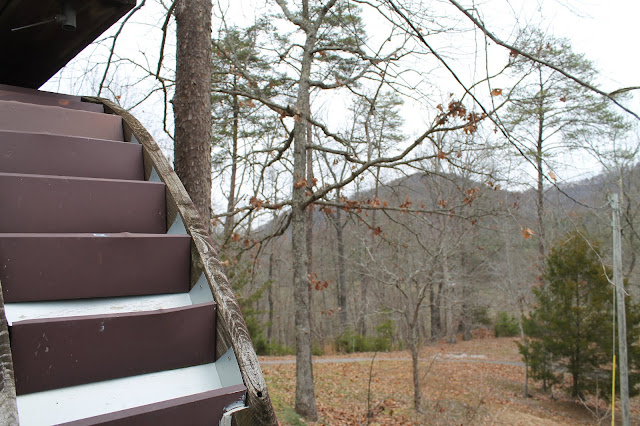 The cabin we stayed in was listed through AirB&B and was hand built by a local craft artist.  The waterwheel was nonfunctional at the time we were there. 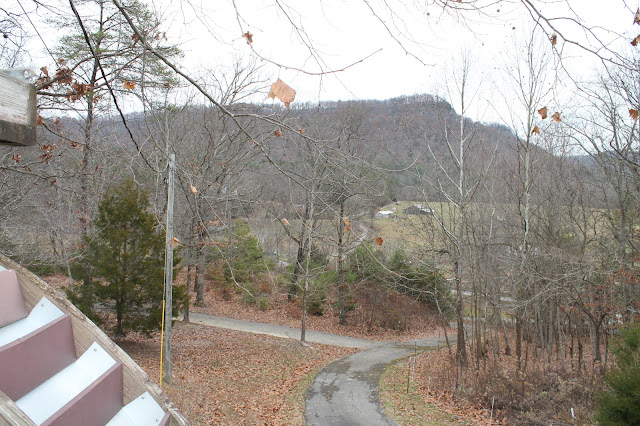 This is a view from the upper landing.  The cabin sits on top of a hill. 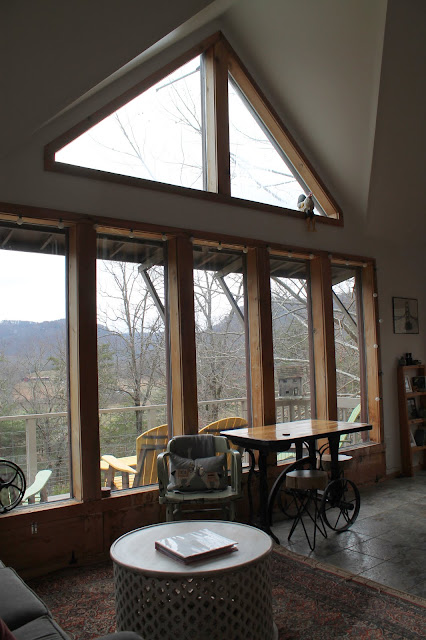 The view from the living room, also showing the deck. 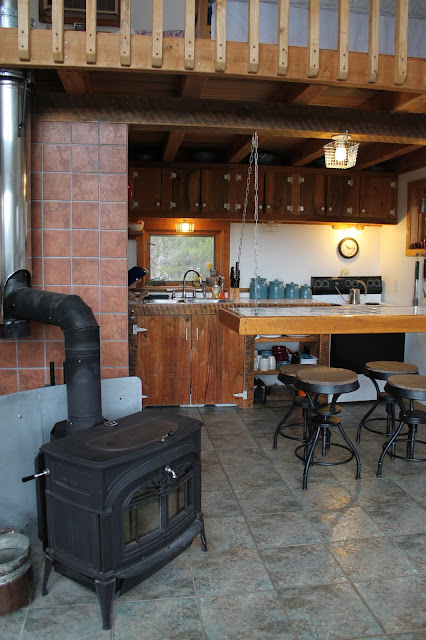 The kitchen and wood burning stove. 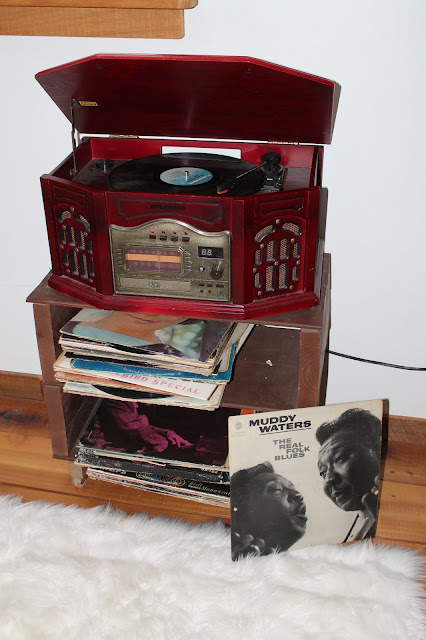 The top floor is a loft bedroom with a comfy recliner and a record player tucked in a sunny corner. 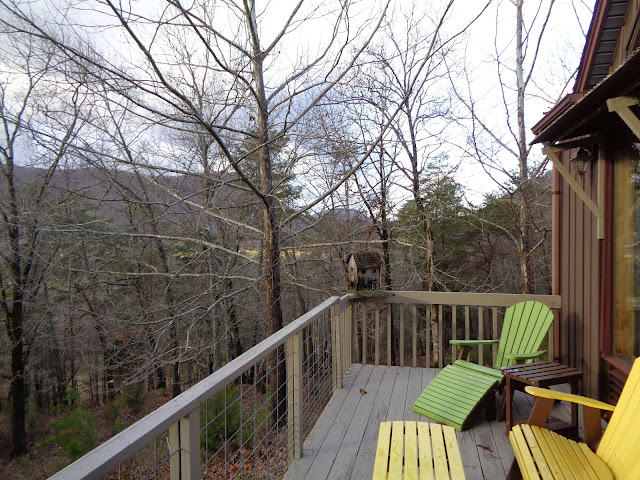 This cabin was really nice.  When we are looking for a cabin, we each have a 'must have' amenity.  Mr. Husband wants a tub, PB wants wifi, and I want a fireplace.  Mr. Husband and I have a combined desire to be able to watch the Macy's Thanksgiving Day parade.  The cabin did have wifi, but no cell service (that's a perk to me) but had a house phone. I had to bend a little with the wood burning stove, which I can now say is no fireplace.   It did not have cable/satellite/clothes hanger wire antenna, so we weren't able to watch the parade. Mr. Husband made out best with not only getting a tub, but one with a jacuzzi feature.  We had plans of cooking a thanksgiving meal at the cabin since it had a stove but realized we would have a ton of leftovers and we were leaving out to head back home on Friday.  We decided to try out a Golden Corral Buffet in a near by town which had all of the regular Thanksgiving fare but so much more!  They carved turkey for you, had 20 + desserts, and a chocolate waterfall...and cotton candy!  It was all really good and nice to not have to cook or deal with leftovers on a 12 hour trip, but it was pricey.

Our vacation was a bit on the short side, only 3 days.  PB stayed at the cabin for the most part and only ventured out for meals.  Mr. Husband and I explored the town some and found a few great little antique shops/ thrift stores.  We also all went on a hike on Thanksgiving evening.

For the next few posts I'll show the highlights of our adventures.

Here are the two other cabins we stayed in during our Thanksgiving trip in 2017:
Bourbon Cabin
Paris Ghetto Shack