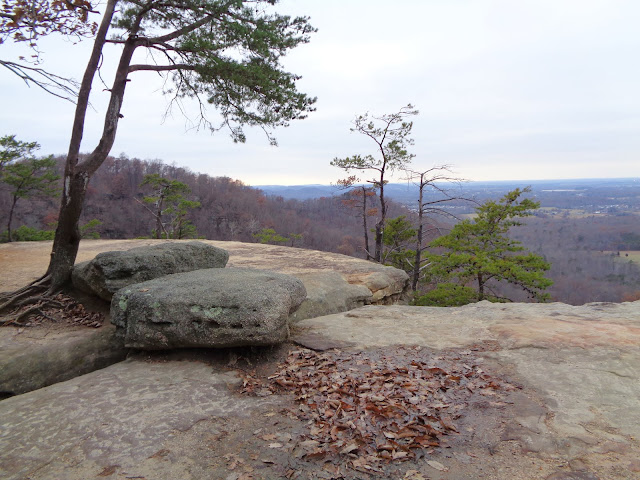 After we all gorged ourselves on Golden Corral Thanksgiving lunch, we went back to the cabin for a little rest and then in the afternoon went for a hike at The Pinnacles.  Since it was later in the day we decided to go on a shorter hike, being about 4 miles total.
At the entrance to the hike trail they have walking sticks you can borrow.  I grabbed one but after awhile of flat surface I abandoned it on the edge of the trail, and planned on picking it back up on the return trip to place it back in it's corral.
Then about 1/2 of a mile in, the terrain started getting steep and since it had rained the previous day, it was also muddy and slick.  I had to then relive Mr. Husband of his stick.  At this point the trails were not marked or well beaten down.  We made it to the top of one Pinnacle finally and the view was beautiful!  Most of these pictures are from that view. 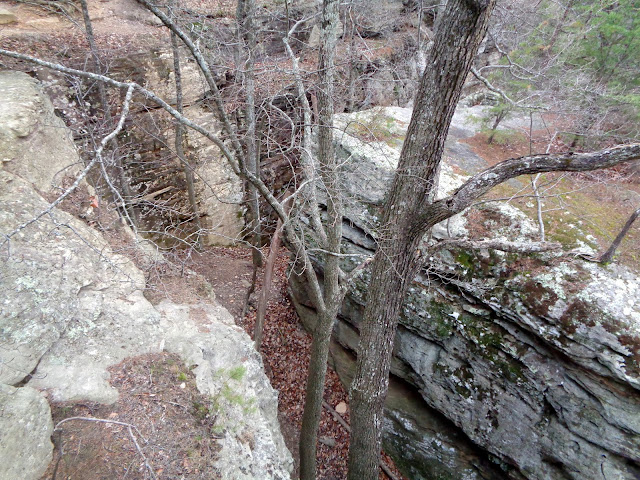 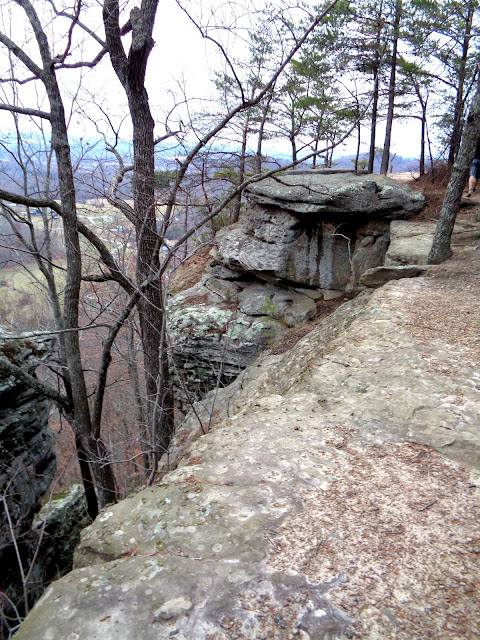 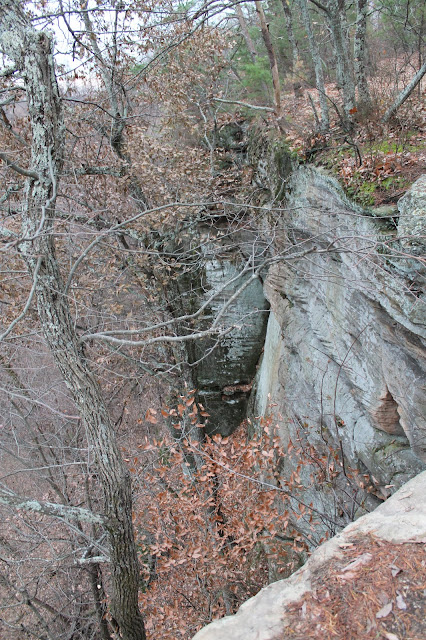 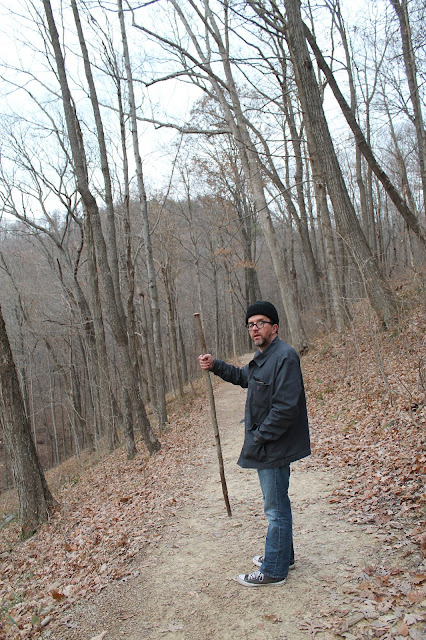 Mr. Husband early in the hike when he still had a stick.  At this spot, the path is very distinguishable and smooth. 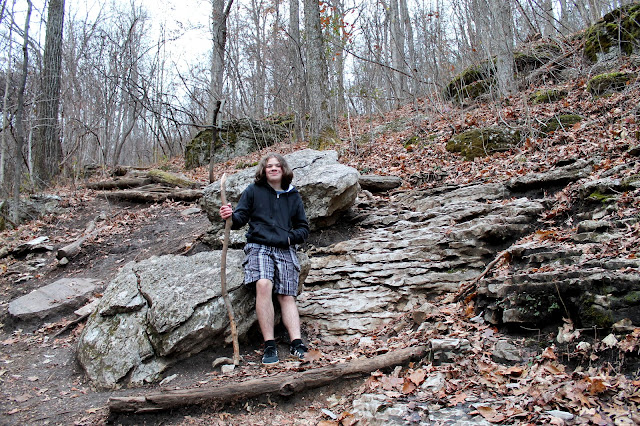 Here is PB at the point when the trail started getting more rough and spotty. 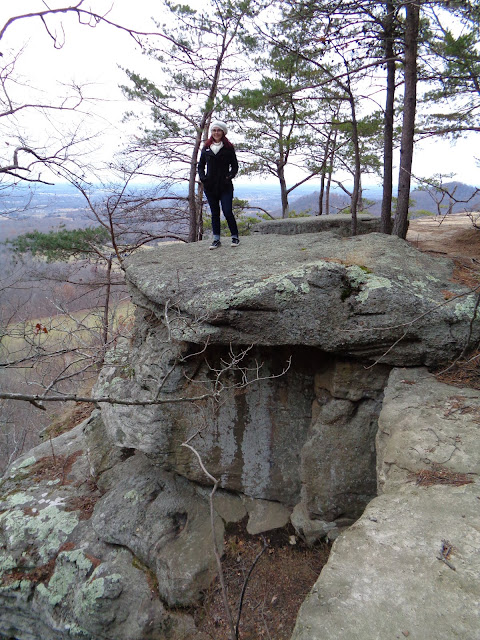 Me on the edge.

After we made it to the top of this Pinnacle, Mr. Husband suggested we do another hike that was "That way" for about a half mile, called The Devil's Kitchen.  Sure, ok.  Well, as we are following this 'trail' it seems we hadn't reached anywhere and it was starting in on twilight.  I decided we should turn back because we still had 2 miles (plus the distance we went on 'that way') to recover to get back to the car.  Finding the trail back to the main path was a bit difficult and I was starting to get concerned because darkness was beginning to edge in.  We eventually made it to the sign for the Devil's Kitchen and I realized that "that way" was not the right path.  Even back on the main trail we still had slippery, steep ground to contend with at spots and with the dimness everything looks like a path.  I got lost on a hiking trail over 25 years ago at night and it is scary, paths and trails seem to be everywhere and then you find yourself completely in the dark and wilderness.  I came out of that by continuing toward a lit area which wound up being the service road to the power plant.  I had to scale a fence and hitchhike back to my car.  I kept thinking about the fact that there is NO light in these KY woods to make our way toward.  Everywhere are cliffs that just drop off several stories with no warning you are approaching them.   Also wild animals would be emerging soon.  Forgot to mention the sign "Beware of Bear"  that we passed at the beginning of the hike!  I figured we had our 2 walking sticks that might ward us some protection.  Luckily though we hit the trail you see above in the photo of Mr. Husband as it was past twilight and it was fairly visible in the moon light with manageable terrain.  By the time we made it to the car it was full fledged darkness.  I turned around and looked back into the deep black of the forest, thankful we all made it out.  As you can image, I didn't find that hiking stick to return it.

Next post is the main (road side) attraction of this KY trip!