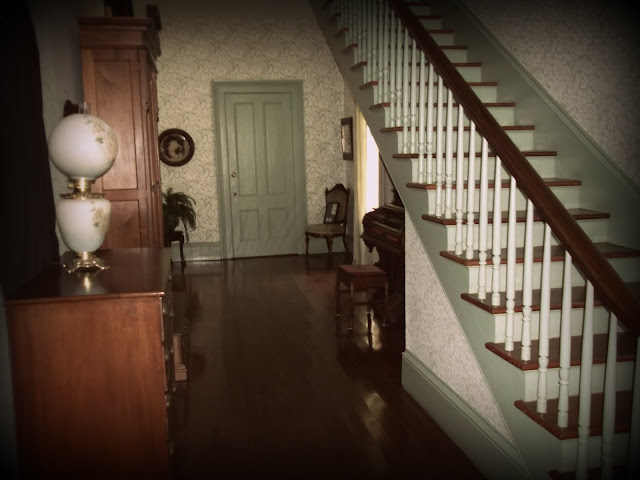 A couple of weekends ago, the historic district of my town hosted a haunted Halloween fall festival.  It was super cool! It included free tours of many of the historic houses, several of which are said to be haunted. One of the houses, the Dorr house, had Victorian mourning rituals and items on display: 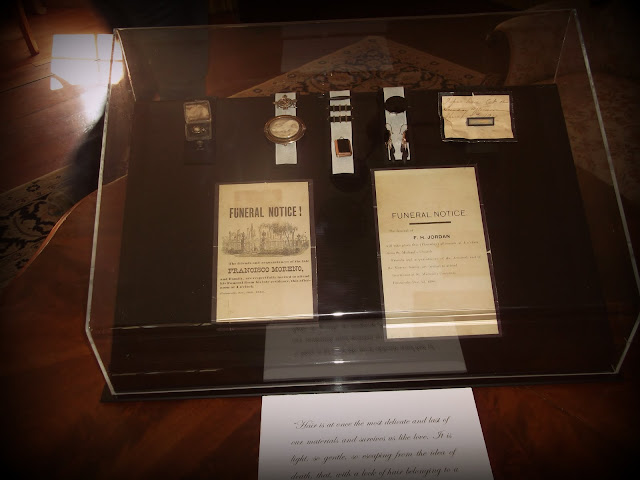 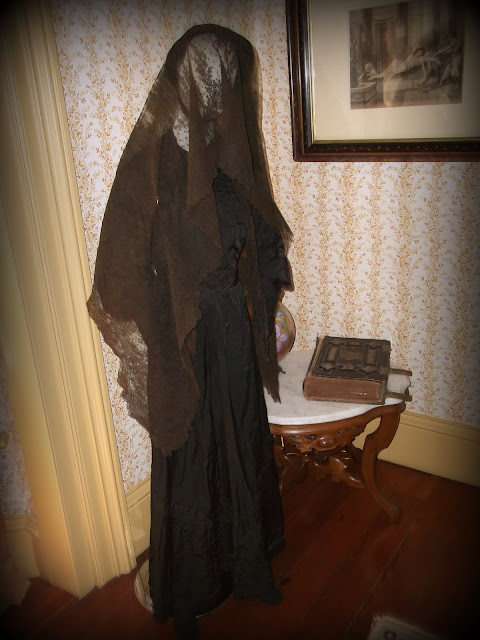 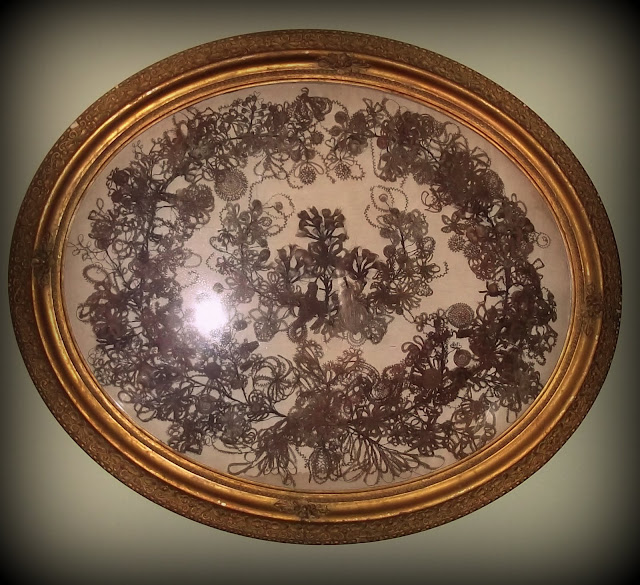 Speaking of woven human hair.... This framed piece that hung on the wall was about 2 feet wide. 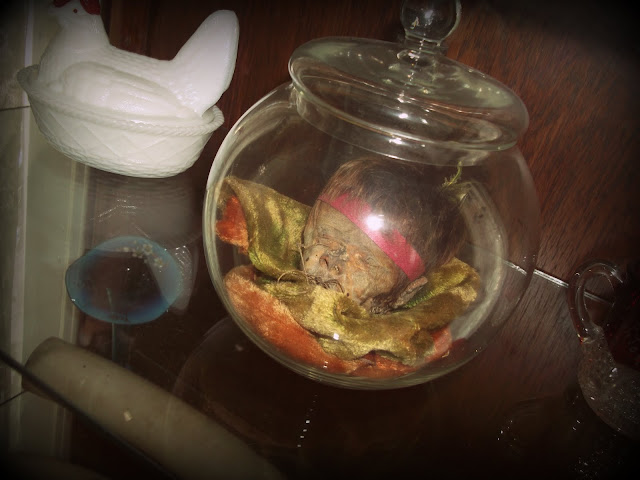 AND!  A freakin' shrunken head!  The tour guide didn't even point this out to anyone.  We just happen to turn around and see it in a display cabinet behind us!

I leave you with a bit of haunted history in regards to the Dorr House!


"This home's most infamous secret may be the tales of the spirits that haunt the Dorr home. Tour guides have admitted to being uneasy inside the Dorr home. Stories of shadows and pulling on clothes have been reported along with objects being moved around. Females who wear short skirts or shorts to the home have experienced tugging on their hems as perhaps the ghost is trying to cover the indecent young women. Historical records show that some of the Dorr children died while living in the home. Locals, who speak of the spirit, believe it is the ghost of Clara who refuses to leave her charming home.
The most revealing story is that of the "translucent lady" who appears to be in her mid 30s, dressed in her 19th century style dress, and commonly seen dancing in the upstairs' rooms. Those visiting the Dorr home for a paranormal experience are advised to be watchful of certain locations including the sick room and fainting chair located in the parlor. Maybe you will be one of the lucky (or unlucky) guests to encounter the spirit that haunts the Dorr house."