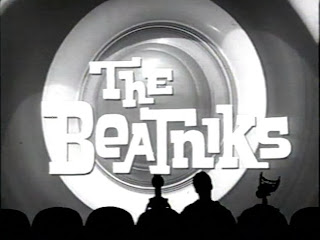 Like, this Halloween we went as Beatniks, you dig? 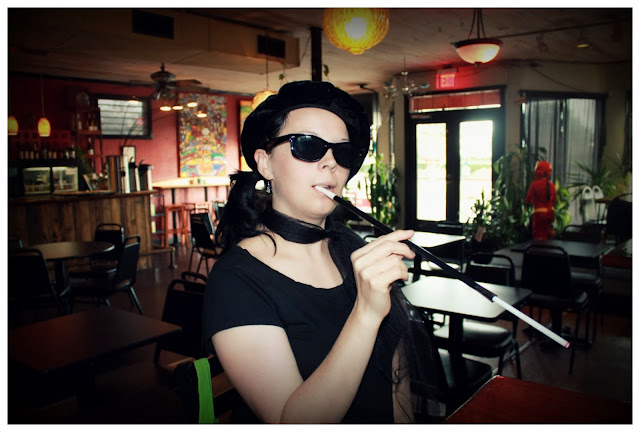 We, cool cats, decided to make the scene at a way out java hole for a wild pre-halloween hootenanny.  What a gas! 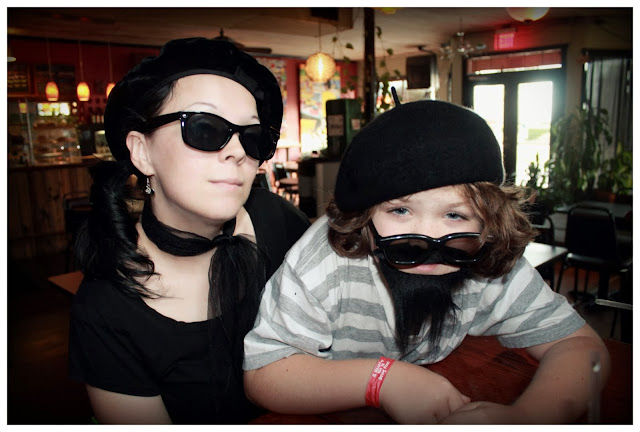 We wailed a bit, but so not to be headed for crashville... 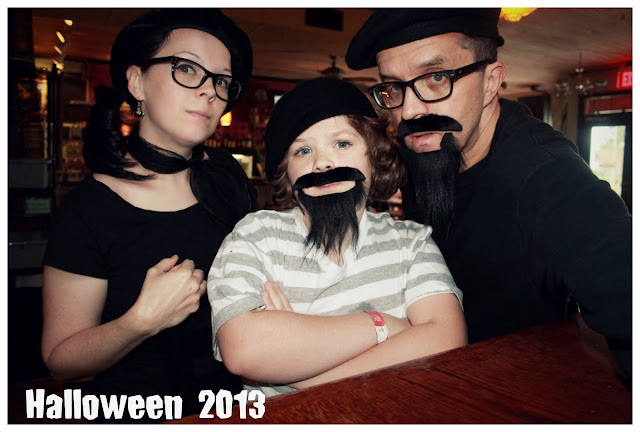 We got our kicks and we had to like split, man... we had Squares to like beat out for candy, you dig? Trick or treating! It's crazy, man, crazy!

The idea for us to be Beatniks this year came from Ned Flanders' parents on The Simpsons': 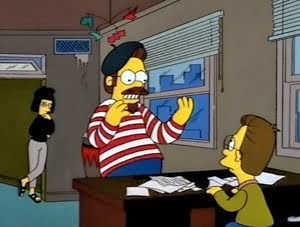 "Oh, man! Ned spilled ink all over my poems. He's a real flat tire, I mean a cube, man. He's putting us on the train to Squaresville"

We found a few "totally with it" vintage beatnik ads and images while searching the nets while noodling out our get ups: 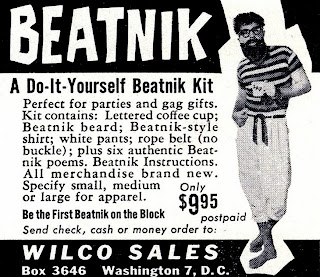 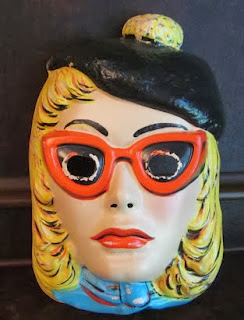 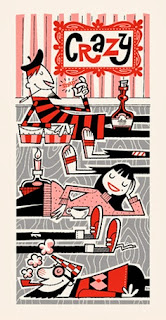 We came up with a few crazy accessories to like tote around....a set of bongos, a cigarette holder, our own coffee cups, portable jazz music and "Frankie" the cat from the beatnik film 'A Bucket of Blood', 1959:

A frustrated and talentless artist finds acclaim for a clay covered dead cat (with a knife still stick in it) that is mistaken as a skillful statuette. Soon the desire for more praise leads to an increasingly deadly series of works. 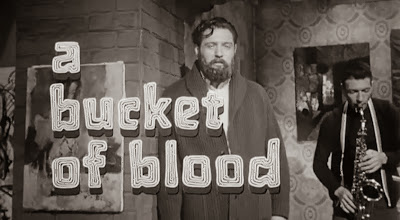 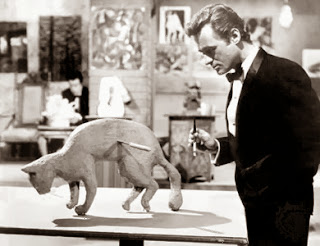 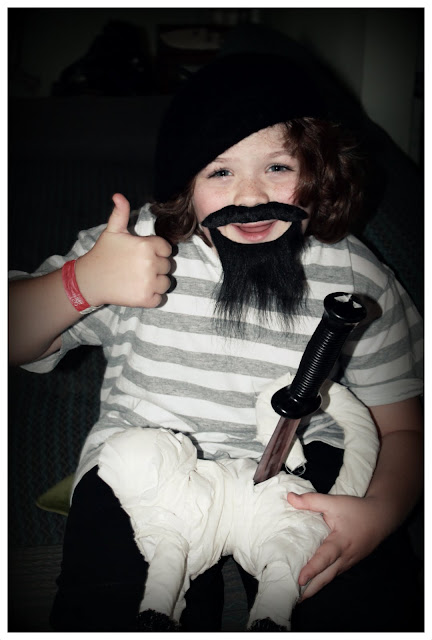 We had most of the threads on hand, PB just had to grow himself a Goat!
All night, we snapped our fingers to the crazy beat and spouted off random poetry in a beatniky slow voice:
" Hey Andy...Why don't you be handy and like give me some that candy"
in place of the regular "Trick or Treat".

Catch ya on the flip side Daddy-O!
We got a bongo drum full of chocolate to like chow down on man!
Posted by my house is cuter than yours at 10/31/2013

YES! Bucket Of Bllod is awesome! I love that you made the cat "Sculpture"!