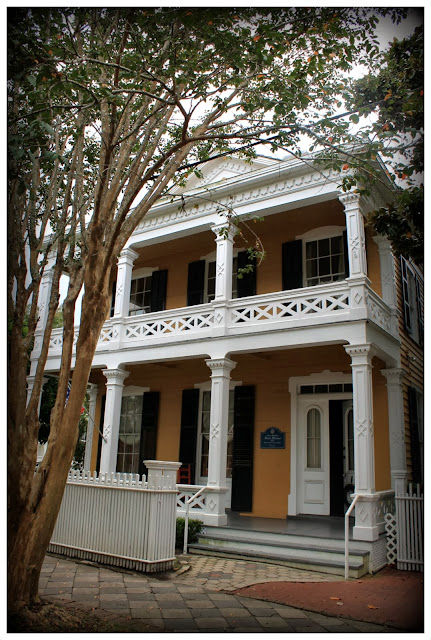 We attended the Fall Festival in our downtown historic distinct this past weekend.  Two of the houses on the tour date from the Victorian period. For the festival they are opened to the public (for free!) and feature three different Halloween themes/short lectures: Day of the Dead, Victorian Halloween traditions, and Victorian Mourning Rituals.(To see last year's festival it is posted here. Some of the information and displays were the same as last year so I only posted images about the new stuff today.)
Seen above is the The Dorr house, 1871.  The Dorr house featured the Victorian Mourning Rituals display and information.

As seen below the presenters were dressed for the occasion! 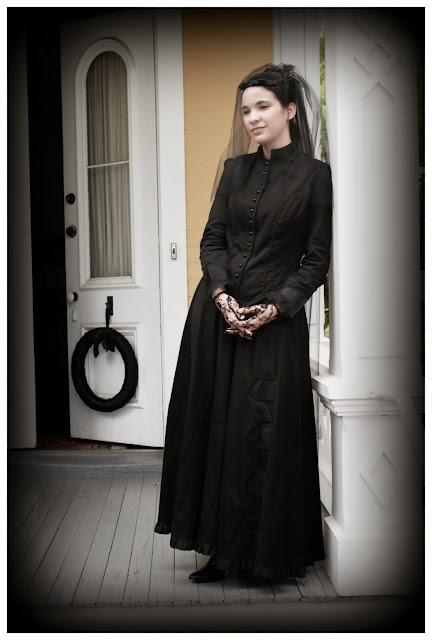 Inside the house were several examples of woven hair mementos and jewelry.   All of the mirrors were covered with black fabric as would have been the fashion in Victorian times. 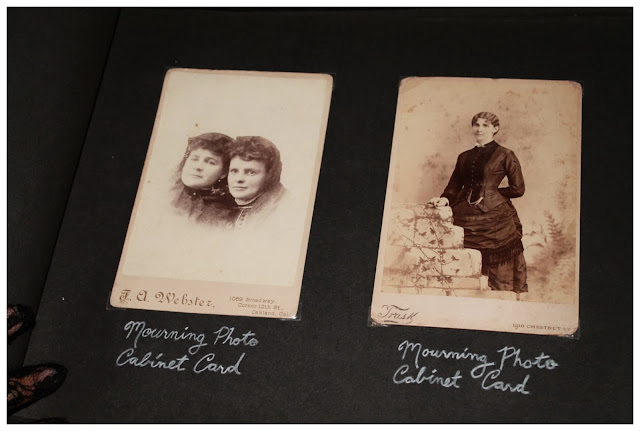 A photo album showing mourning photos and attire.  There also were post death photos on another page in the album. 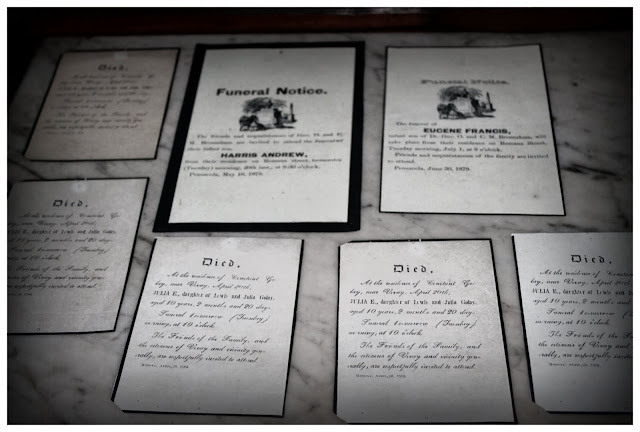 
And I forgot to mention that the Dorr House is considered to be one of the most haunted houses in our town!  This certainly added to the aura during the tour.

Victorian Halloween traditions were covered in the Lear-Rocheblave house (1890). The presenter gave a history and examples of parlor games played and party invitations/decor. 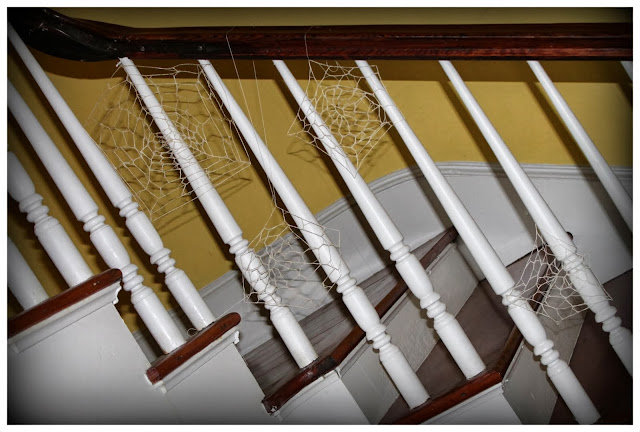 There were antique Halloween postcards and crocheted cob webs, a Victorian Halloween decoration. 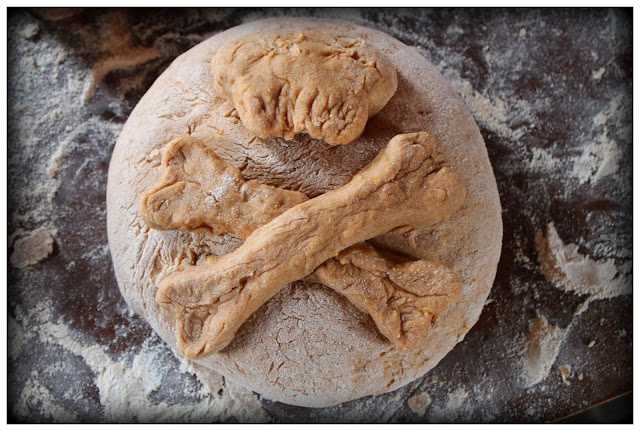 At the outdoor kitchen house we were given a history of Halloween, Dia de los Muertos and watched Pan de Muertos being made in a dutch oven in a fireplace. 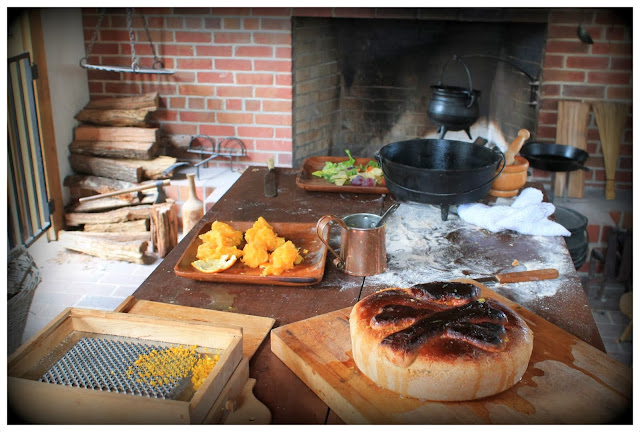 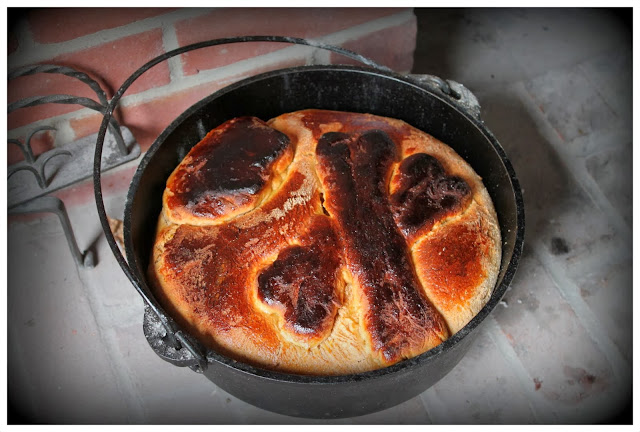 This is the second time we have attended the festival and I love it, even if some of the information is the same.  I hope they have it every year!  The historic district also hosts several haunted walking and trolley tours at night that feature the morbid history of some of the homes and buildings in the downtown area that we plan on attending when PB is a bit braver.  He refuses to go into the Dorr house!

If you want to see more from last year's festival, drag your wretched bones over here.
Posted by my house is cuter than yours at 10/21/2013