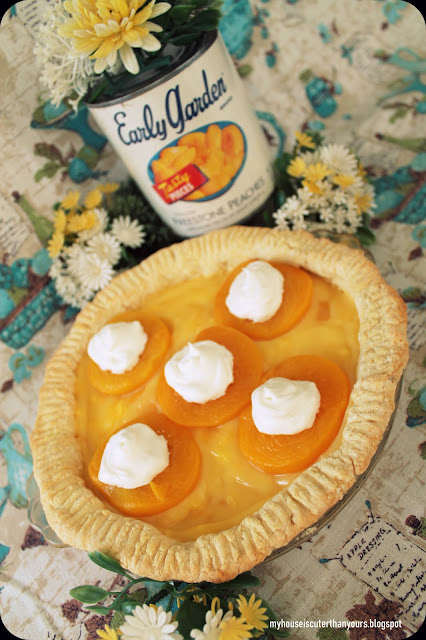 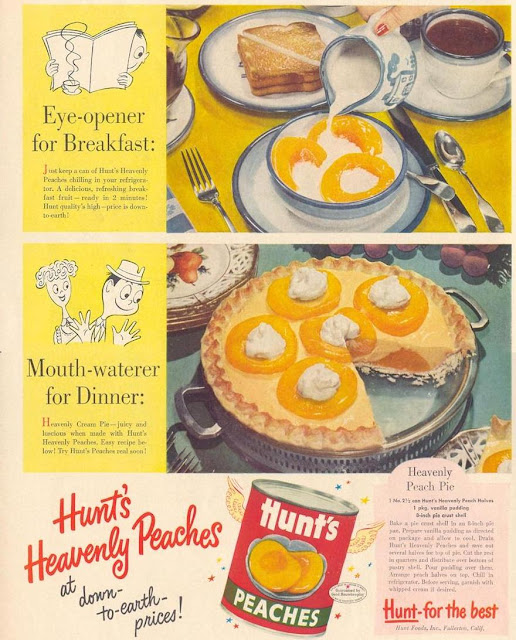 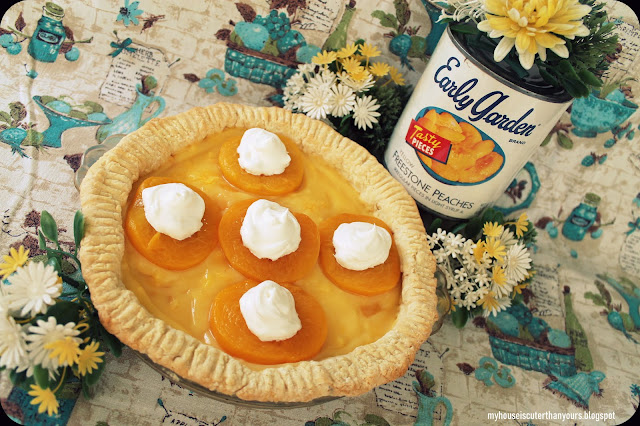 But it's just vanilla pudding in a pie crust, topped with half peaches, and a dollop of cool whip.
If that's heavenly to you then strap on your wings!

I found it a bit bland.  Also my pie crust edge skills are nonexistent so it bummed my enjoyment of this pie before I took a bite.

Recipe Repair:  Mix cinnamon in the vanilla pudding or some flavoring extract.  Vanilla is a snore.  Sprinkle a bit of coconut on the cool whip.  Use a prefab pie crust with a pretty edge already built in.
Posted by my house is cuter than yours at 7/31/2020