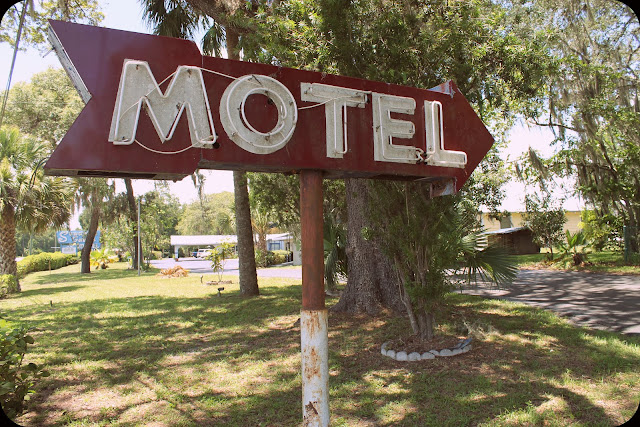 Always take the long way when going on vacation in Florida.  It's more scenic and can offer glimpses of the past.  On the way to our destinations, we take note of the neat stuff  but hold off on photos til the trip ride back home.  It adds a last bit of fun to our vacations.

During the mid-century, before interstate, there were several main highways that were traveled, one of them being Hwy 19/US 27.  Back in it's day it was loaded with motels, hotels, and restaurants for the weary traveler.  Some of these buildings, along with their signage, still survive!
I have included our photos we took during 2016 along with a corresponding vintage postcard, if I could find one. 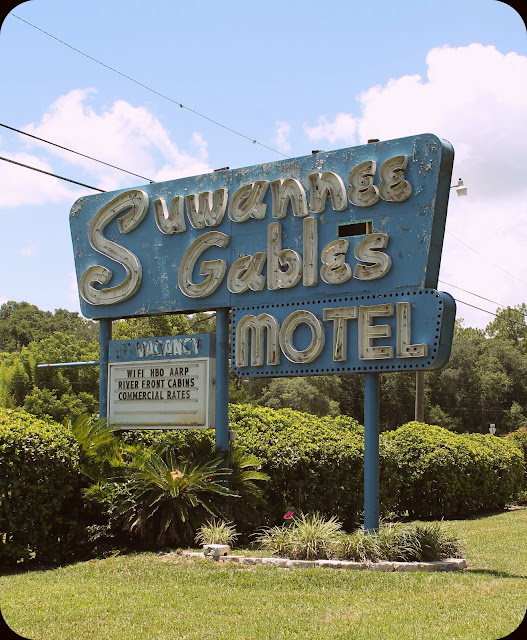 This motel is still in business.  The main building in the front is two story and has rooms for rent.  It is located on a river and has cabins on the banks.  I have always thought this motel seems neat! 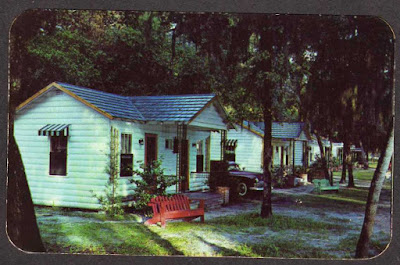 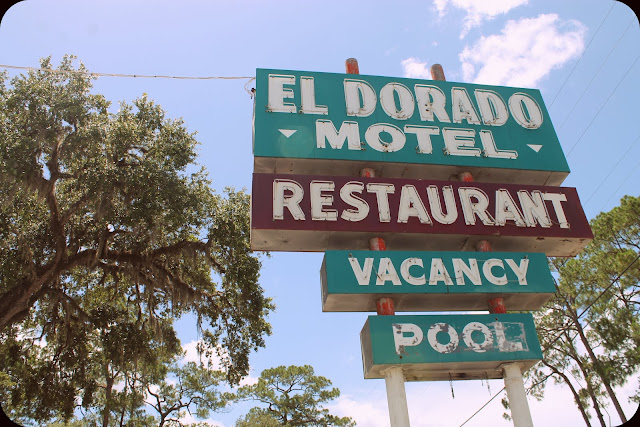 I think this motel may still be in business but appears to be efficiency apartments now. 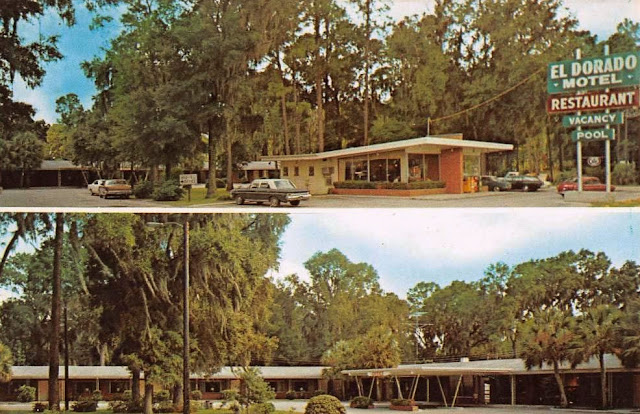 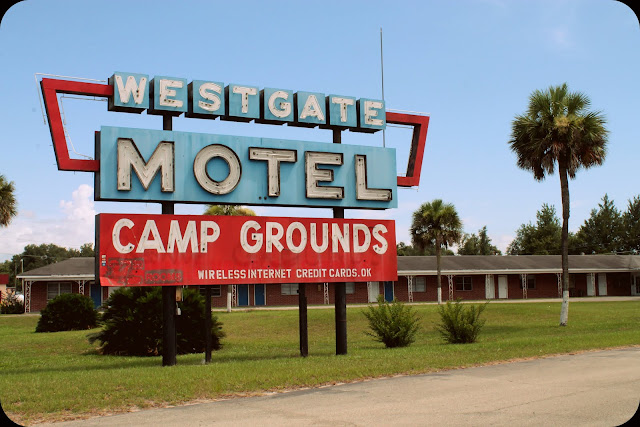 I believe this place was still in business, especially the camp grounds area. 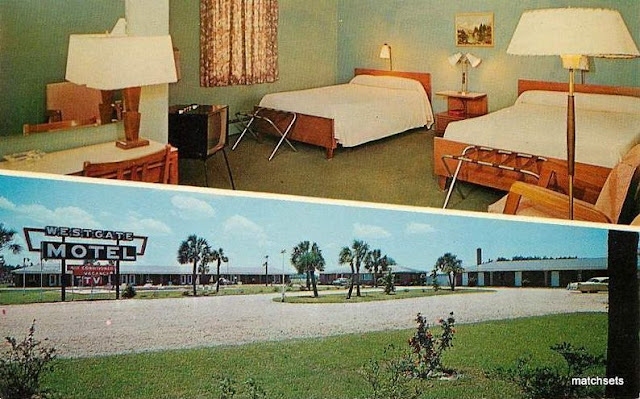 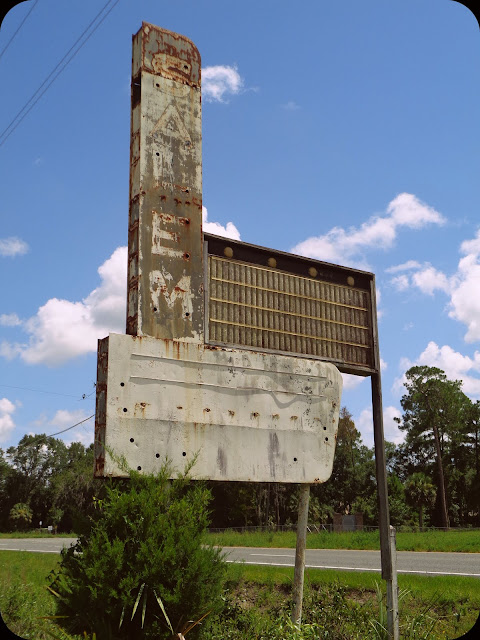 This place is in shambles.  The motel was still there but the roof had fallen it, not much neat stuff there anymore other than the sign. 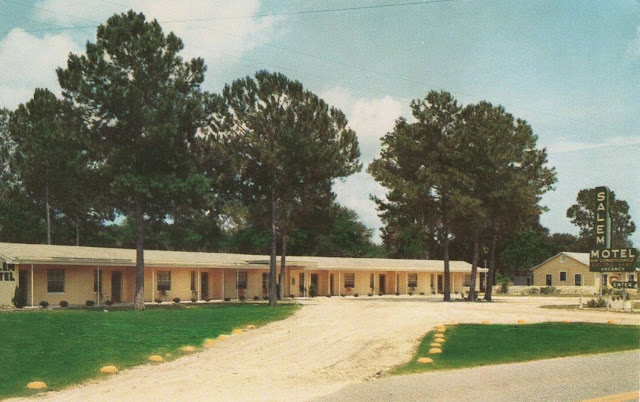 Sun 'n' Sand Motel
Each time we pass this motel, it's a different business or set of businesses. 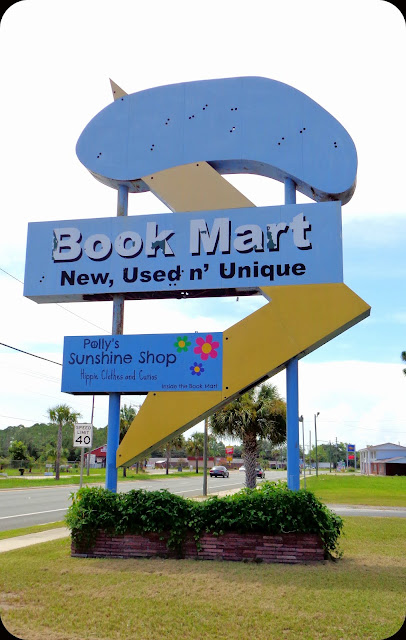 But it was originally the Sun-n-Sand Motel. 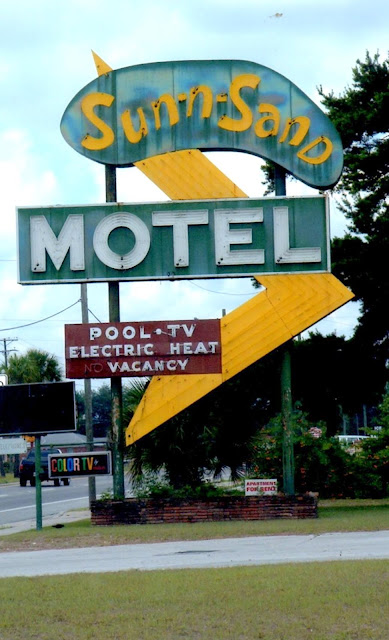 Here are a few images of the motel.  It has really neat architecture: 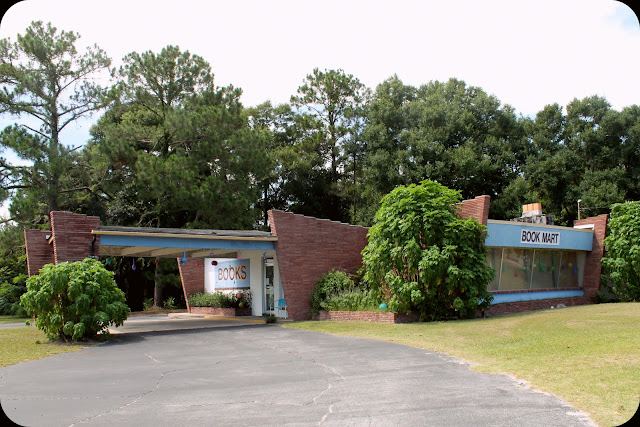 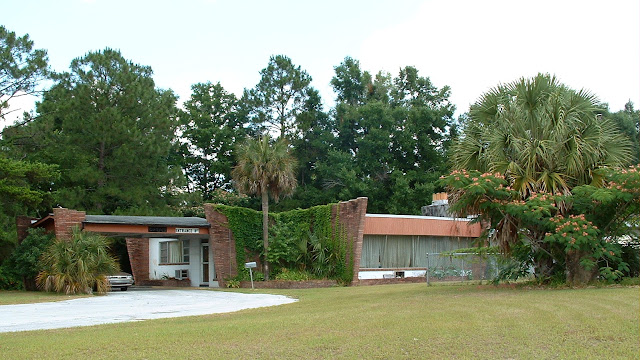 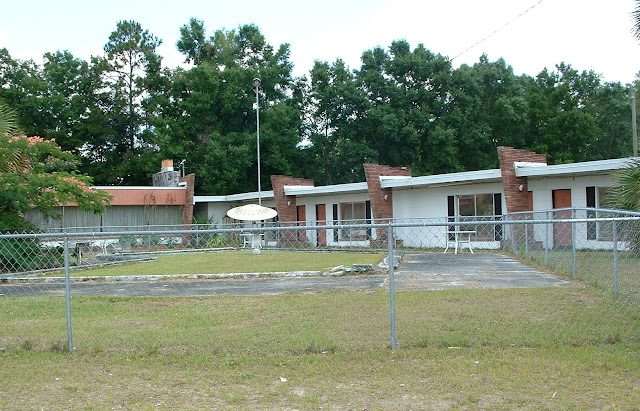 The circa 2003 photos are ones I had taken during a past trip to Silver Springs. 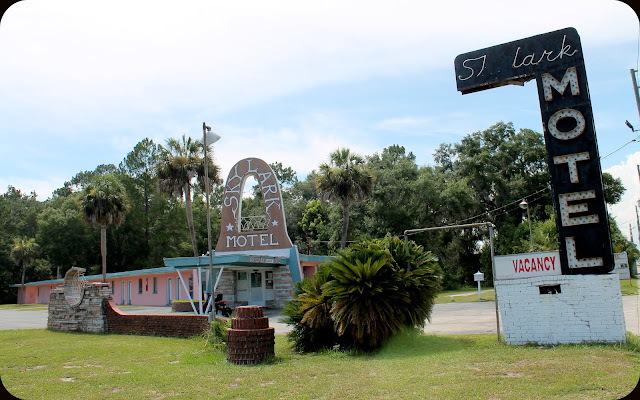 This motel was still in business. 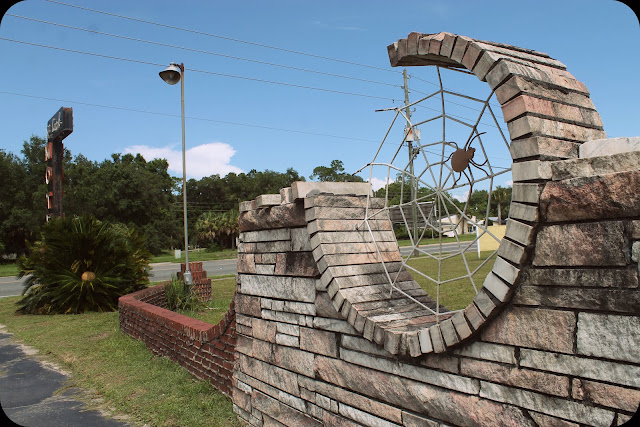 A metal spider and web?!  Super cool but I wonder how this plays into the theme of the motel.  It's certainly not going to be seen as a positive to most people looking for a restful place to stop.  Hotels with bed bugs infestations don't usually promote it with metal sculptures incorporated into the architecture.   In the vintage postcard below this section was part of an awning that has been shortened.  I can't tell if the spider web was original. 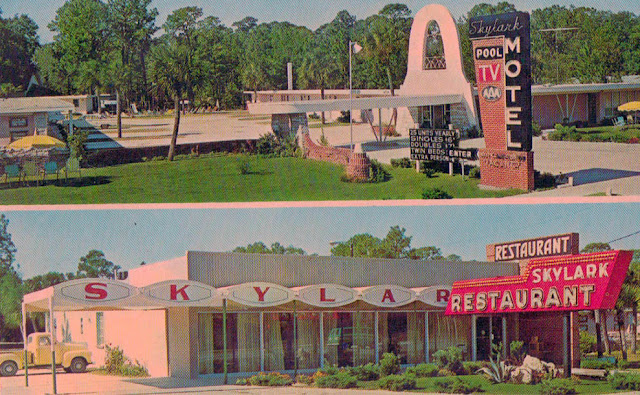 This motel has a fun shape to it. The building for the restaurant is still there but has been turned into a boring metal warehouse with all the great features and signage looped off.  The brick bottom of the original sign is still attached to it though.  Click on the image source for the google maps street view.  If you look to the left of the motel you'll see what's left of the restaurant. 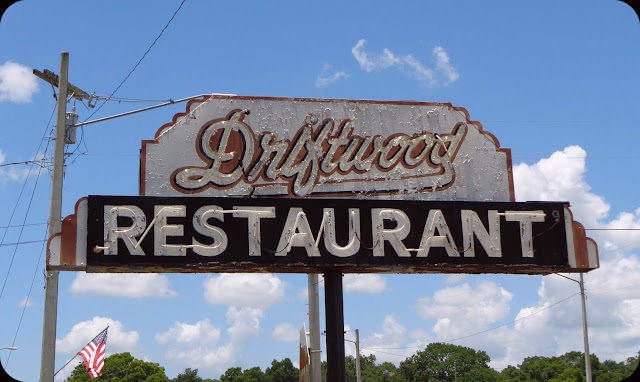 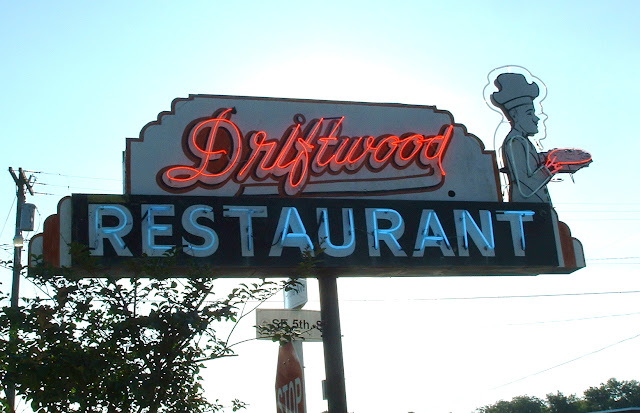 The Driftwood Restaurant, located in Williston, Fl,  is a favorite place for a bite to eat.  The building has been "updated" way too many times for our liking but the vintage sign was worth the stop.  On the trip we took in 2016 things seemed a bit odd there.  Only one lady was working with the stark contrast of the air conditioning not working at all.  They only offered pepsi products which is a sure sign things are heading to the gutter.  A couple of years later we were driving by and saw to our horror that the sign had been stripped of it's neon and painted over. It was also in the process of  becoming a Mexican restaurant.  On our next trip through the area we'll have to try out what we will now call "El Madera Flotante" !

Time to put your shoes back on, we're home!
Hope you all enjoyed your virtual Florida Vacation...no sun burns or jelly fish stings!