Chicken in the Trick -or-Treat bucket 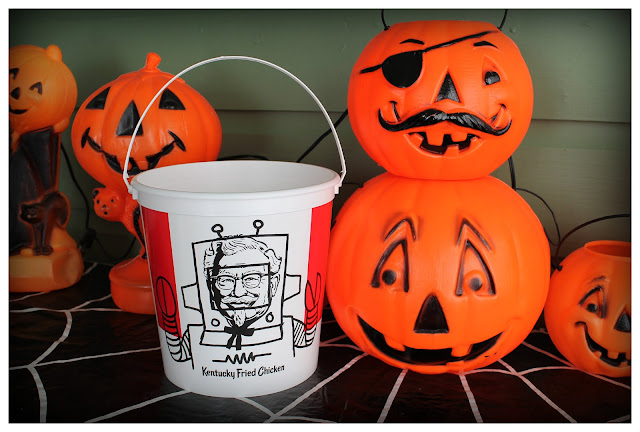 We love the ad campaigns for KFC.  This year we were soo excited that they included some Halloween fun stuff!  The most awesome thing they offered in their online shop was a Halloween Harland costume for a mere 5 bucks!!! 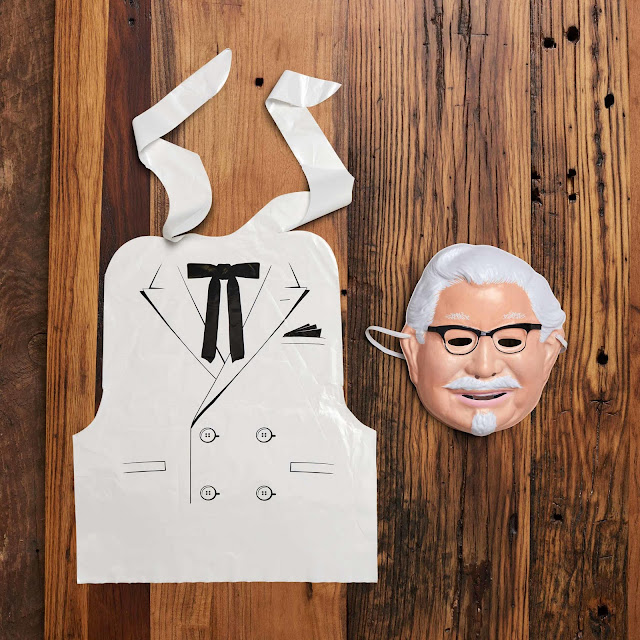 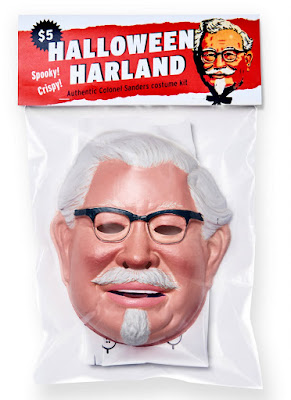 "Transform yourself into the world's greatest fried chicken salesman with this 100 percent authentic Halloween costume.  Includes Colonel mask with REAL working eyeholes, and a one-size-fits-all , genuine plastic bib that contains the rest of the costume.  Surprise your friends!  Frighten total strangers!  Trick or treat and demand fried chicken instead of candy!  No one will know who you are!
Sorry, friend!
This fried chicken goodness is sold out!"
Halloween Harland

oh. my. word. Amazing! By the time I found out about it (within 48 hours of them going on sale) they were sold out and on ebay for 100 dollars! 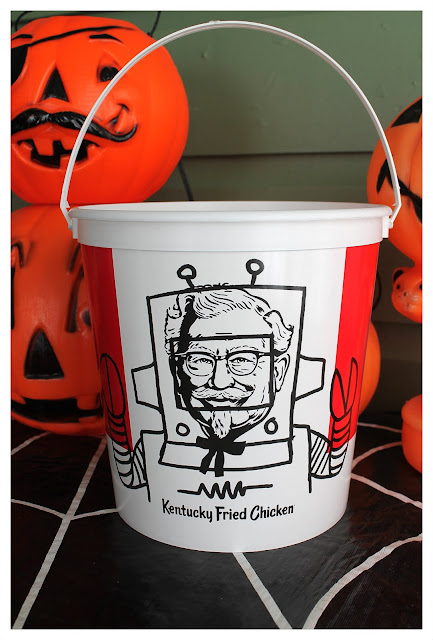 I was able to score a limited edition trick or treat pal/bucket though.  Each store had only 25 to give away to costumers who asked about them (they did not advertise them in the store) and were in costume, starting on Oct 27 while supplies lasted.  So yes, on Oct 27 at the opening hour of 10 am, I was lumberjacking my way into KFC for my free bucket.  They are double sided, mine having the robot and the cowboy.  There are other designs (cat, pirate, vampire, mummy, fire fighter, werewolf, and astronaut). Which adds up to 9 images which doesn't evenly work out for 5 buckets....hmmmm...I wonder that the other design is.  I went in to my local KFC a few days before bucket day to make sure they were going to have them.  The lady told me that they could only give one bucket to each family so if you have 5 kids you better bring some walmart bags or something for the other kids for their candy.  She also said that once all 25 buckets were gone "We out of gas", which I thought was hilarious!  I told her I was stealing that line! 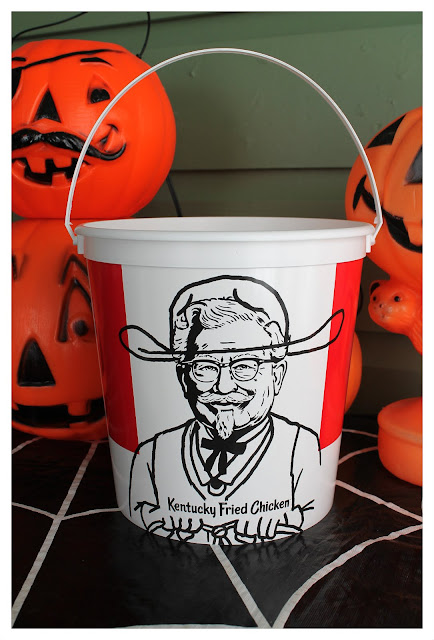 If I could have scored one of those Halloween Harlan costumes I would have would have worn it with my handy KFC bucket while doling out these spicy chicken candy suckers to all the trick-or-treat kiddies wearing a costume. 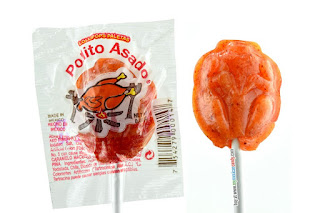 No costume, you get toe nail clippings and gnawed old chicken bones!