Alright sweetheart, the game's up! 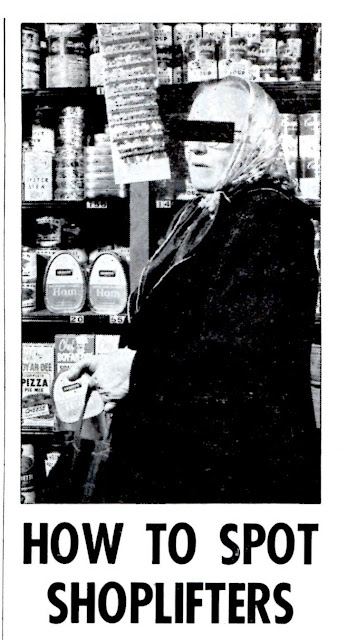 No! Baka Boskovich, put the ham back!

For the final post of the Five and Dime 1955 Trade catalog series it's going to go out with an Andy Griffith Show reference to the episode "Shoplifters" from 1964.  This is one of my favorites!  It has the Mother's Day gift showing the beer can opener with the umbrella so "she can open cans in the rain without getting her hands wet".  It has the security guard night watchman (aka Rip Van Winkle), Asa Breeny, who is one of my favorite characters "I got up!".  There is a scene with some amazing MCM furniture and lamps (6 PC Living Room Group $299).  And best of all is watching Barney scuttle around the floor of the department store.  The image above is from the trade magazine promoting two way glass, but it reminds me of the little old lady that ought never to 'clank'.

After two months of browsing in the same Five and Dime store you can certainly hear things, like what's been going around town about Myra Koontz from the Lingerie Shop or that some things have been disappearing from the store.   Things like a silver tea set and canned hams!  We can't afford these kind of losses! 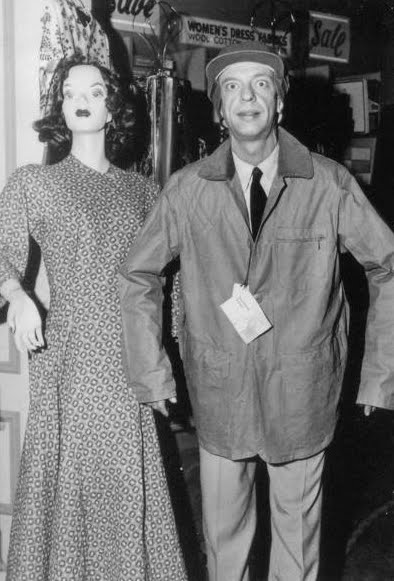 No time for peanut butter and jelly sandwiches, Barney is on the case!  And he has got his eye on the burg right now!

Excuse me ma'am, but could you step on our scales please.  I'll even pay the penny charge. 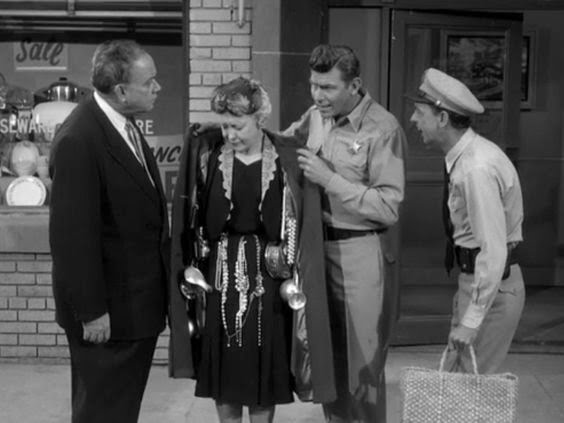 She's loaded down with 163 pounds of clank!  Her fortune reads "You're headed for the Clink!"
Alright sister, let's go!  A little time behind bars may cure you of your taking ways lady!

I am still sworn in as a deputy from the flood so I have to help sort this all out.  In the meantime it may remain quiet on MHICTY for a bit longer. Those canned hams have to be accounted for. Easter is just around the corner and people don't want Chef Boyardee Pizza in a box on their holiday table!

See if you can find out the story about Myra Koontz that's been going around while I'm away.  I heard it has something to do with the fella that came through from Chattanooga.