it's a really really late post for halloween stuff BUT this is an idea that can be used with any old t-shirt which is outgrown or stained that still has a great image on it. Seen below is a halloween tee of pumpkinbutt's that was outgrown along with having acquired a bizarre blue stain across the back. so i cut out the good stuff .... and sewed it on to a new tee! I used a really neat stitch option that is all jagged and irregular (used here as well) which in my mind translated as close to "spooky" as i could get. 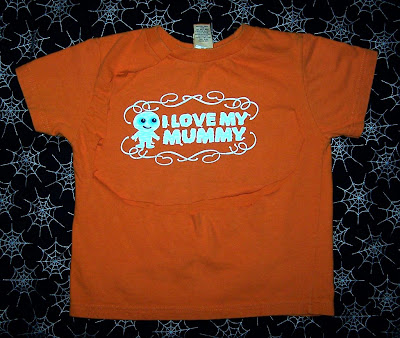 Here is pumpkinbutt in his new tee pulled up over his head. this is generally the only way i can get him to take a picture...... if it allows him to be goofy with the proof being captured on film. 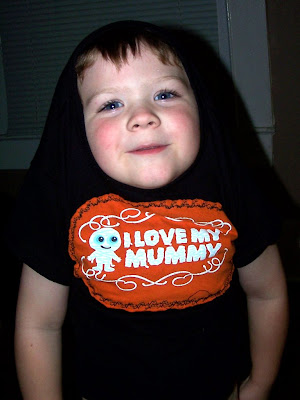