i am not hip to the terms...upcycle, maybe? reconstructed, yes, there we go. i took a pair of guys cargo shorts that had been worn far past the expiration date (they didn't have much more to them than what you see) and fashioned myself a snazzy hip pocket deal. no no boo boo, it's not a fanny pouch. it is on my hip. 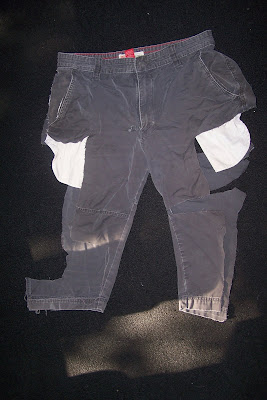 cut off waist and a pocket... 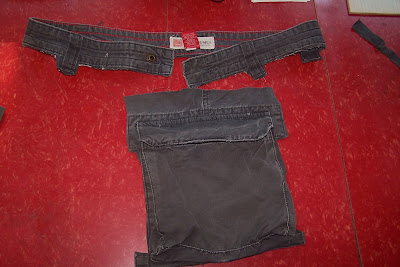 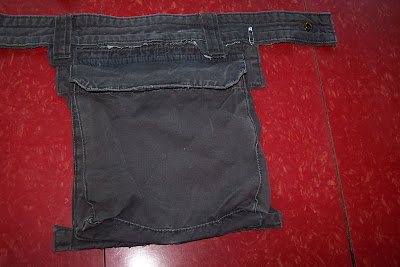 hands free and no more purse burden weighing me down! 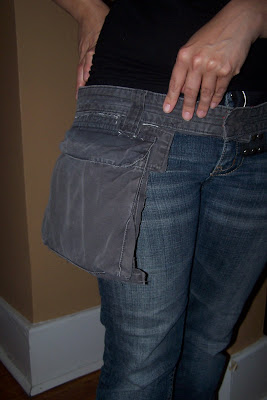 but wait, there's more!
also on these cargo shorts were some small pockets that i made into backpacks for pumpkinbutt's g.i. joe mans: 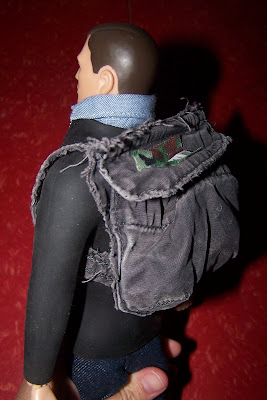 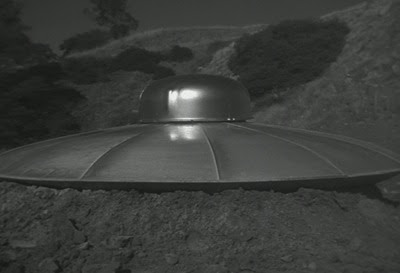 Recently pumpkinbutt's school had Space Day, where the kids could dress up as an alien (or space man)!!! we didn't have the least bit of interest in the astronaut look but something more like.... 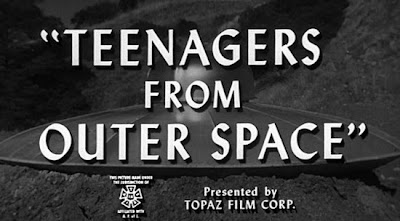 we decided to go with this attire... 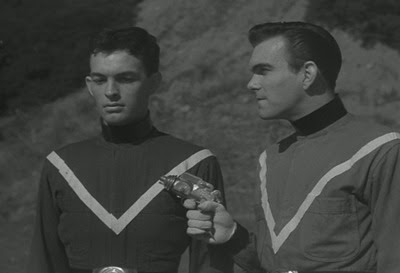 Then using these fun facts about the film:
1.The trim on the aliens' costumes is made from masking tape, and their space boots are men's dress shoes covered by socks.

2.The filmmaker was on such a tight budget that the film's ultimate weapon, the "focusing disintegrator", was actually a Hubley's Atomic Disintegrator toy cap gun, bought for a dime, with a flashbulb added as a beam. (In some scenes the words "Hubley's" can clearly be seen embossed on the side of the gun.) Atomic Disintegrators can be bought today on eBay for upwards of $300.

The space suit is grey duct tape attached on a large black tee turned inside out and sleeves cut off.
The Focusing Disintegrator gun is a water gun from dollar tree spray painted black.
And the antennae... well, not an original idea from the film but super cute, are silver metallic pipe cleaners attached to a headband.

If i would have thought of it in time i would have found/made some kind of lobster...i mean Gargon, to further accessorized the assemble. 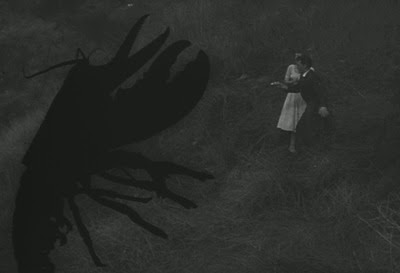