Day of the Dead Decor

For the Krewe of Hades Mardi Gras float this year the theme was Dia de Muerto rather than the ever standing Zombie theme of the years past. The craniums that generally flank the sides were given a skull-lift. Here is the one that I contributed. It was based on the design and idea of Phrenology. 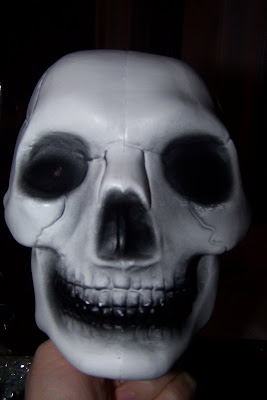 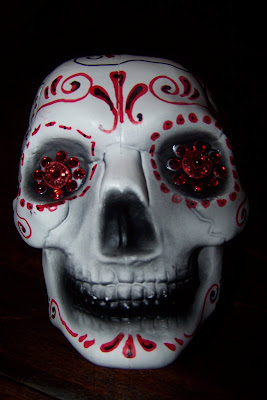 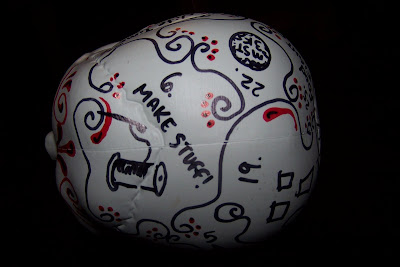 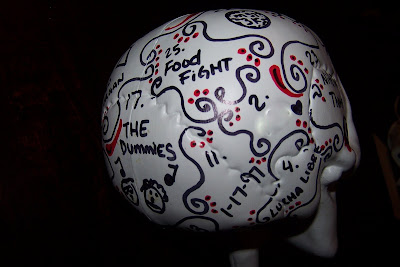 Each of the numbers corresponds to the original organs of Phrenology only with personal interpretations. For example 17. The sense of sounds; the gift of music = the band "The Dummies" (a band that pumkinbutt made up which is not quite music).
22.The sense of satire; the sense of witticism = MST3K.
6.Guile; acuteness; cleverness = Make Stuff! the cleverness part.

But at the end while they were decorating the float.. the bag-o-skulls got overlooked and forgotten! so now the skull just rests with the bar ware only dreaming of being in a parade.
Posted by my house is cuter than yours at 3/12/2010 3 comments: 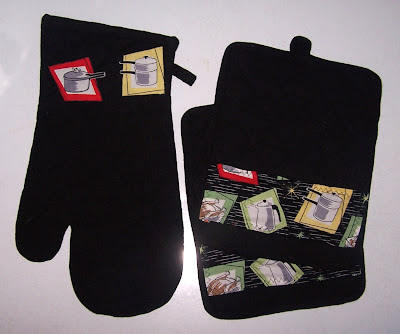 very simple yet very cute. premade pot holders and oven mit embellished with some cute fabric (it's by michael miller) for my mommy!
Posted by my house is cuter than yours at 3/03/2010 1 comment: