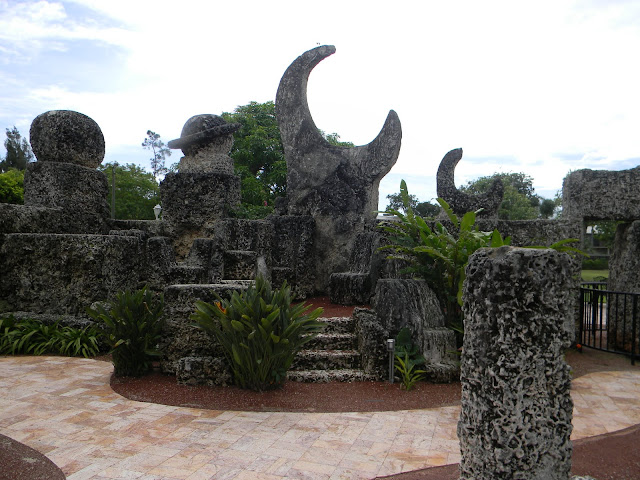 We happened to have an opportunity to make it to the  Coral Castle in miami, fl last week!  pumpkinbutt has been reading and watching everything he could about it for the past month or so and was super excited.
to put it breifly, the coral castle was "built by one man, Edward Leedskalnin. From 1923 to 1951, Ed single-handedly and secretly carved over 1,100 tons of coral rock, and his unknown process has created one of the world's most mysterious accomplishments. " he did all of it for his lost love, he called "sweet sixteen". (more on this topic at end of post) 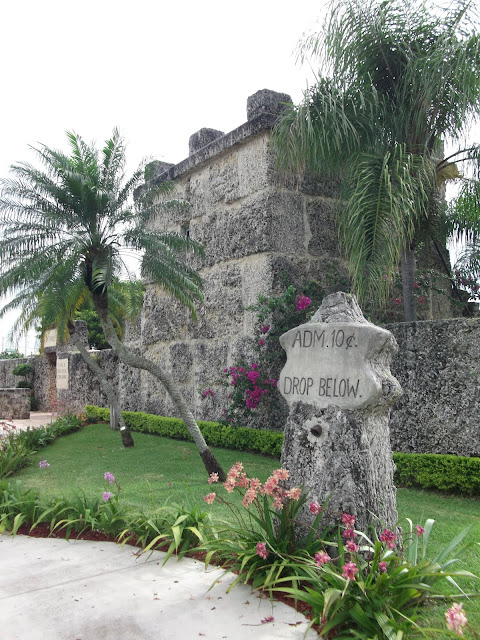 Admission used to be 10 cents! 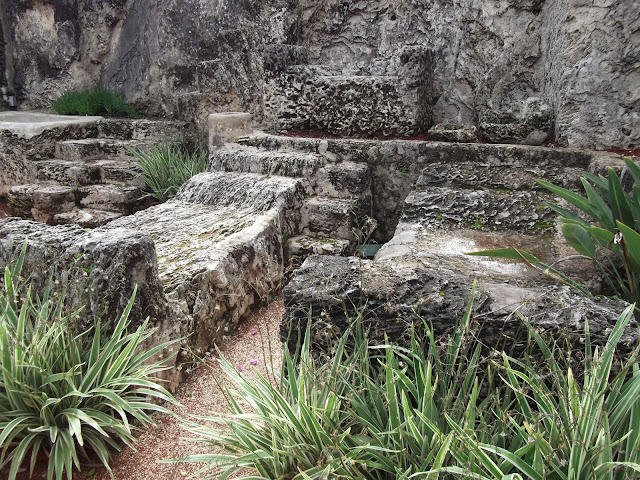 there are several areas to the grounds. one being the bedroom. seen here are two twin beds for him and his "sweet sixteen". nearby are a few smaller beds for children. 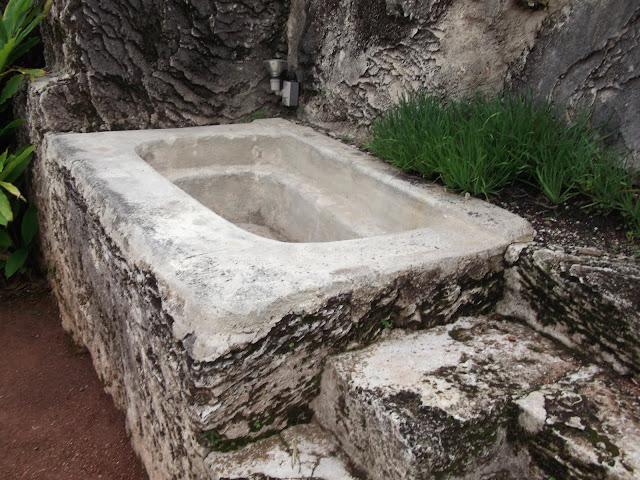 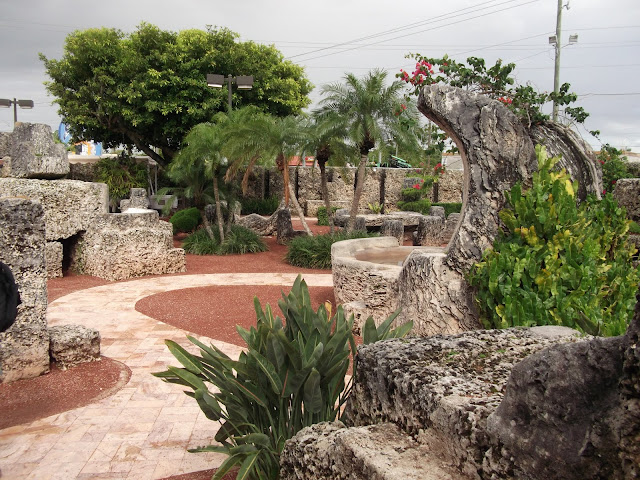 the grounds were the background for billy idol's music video "sweet sixteen".  and were used for a horrible movie from 1958 called Wild Women of Wongo. the best thing about the movie is getting to see some of the coral in action.  there used to be many features that moved very easily (gates and doorways) despite that they were made out of 9 tons of coral. 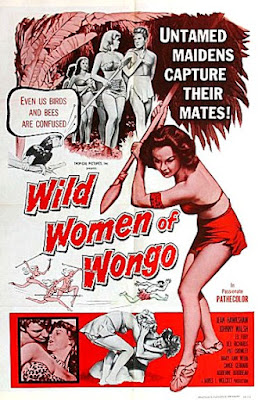 pumpkinbutt relaxing in one of the coral chairs.
years ago, several of these seats were rocking chairs, but over time, they have flatten out and settled. 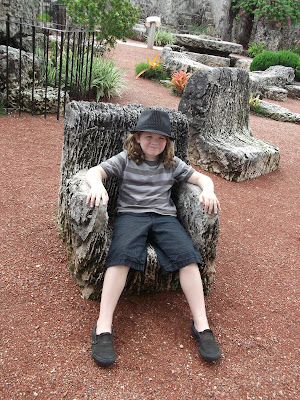 now let's dicuss his "sweet sixteen"
so the dark side of this... we bought a copy of a booklet written by ed.... i am still in the process of figuring all of this so called "sweet sixteen" jazz out.﻿ let me point out that on the grounds of the coral castle ed built an "repentance" area for him to sit and for "sweet sixteen" to put her head through, like a stockade, and for him to reprimand her for whatever she did wrong... along with his mother-in-law. in his booklet, entitled "one in every home" he goes into a bit more detail about his requirements of this "sweet sixteen"... pages on end about her remaining "sweet" for him and staying clear of fresh boys.  but fresh boys need not worry because ed says it's totally cool and acceptable for these fresh boys to use the girl's mother for practice!  yeah, it's ok because the mothers are pretty much damanged goods.  he also went on to blame picnic gatherings and even churches for encouraging boys and girls to mingle which only leads to you.know.what. those damn fresh boys!
soooo.... miss sweet sixteen made a good move by dropping him before the wedding...but the castle in general is super cool!

pumkinbutt and i have been working on smash books this summer.
i have been saving all these little scraps of paper with cute little images and what-not for some time now...like 17 years.  a few years ago when i was finishing up my bachelors degree in fine art i got the opportunity to have a locker in the ceramics room.  i was sooo excited to have a locker (cool like high school) and to get to put some of these little pieces of paper to work as interior and exterior decor.  as you may see, some got slip splatter on them: 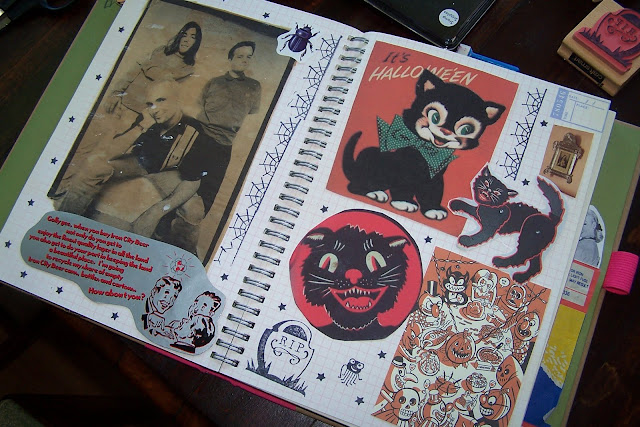 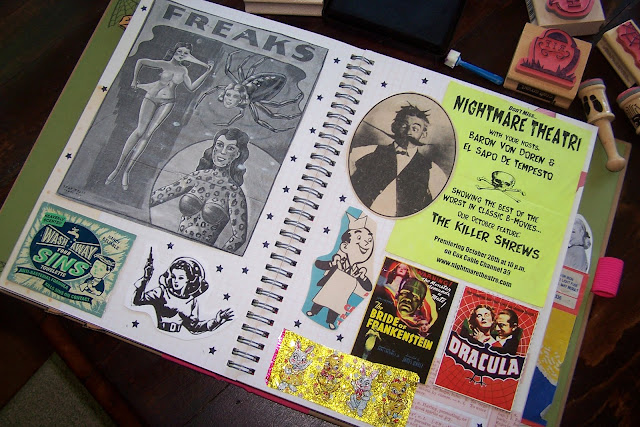 i really like the pages in smash books.  they are already pre-decorated with very similar pieces of cute what-nots that i would have put in them anyway! as seen below: 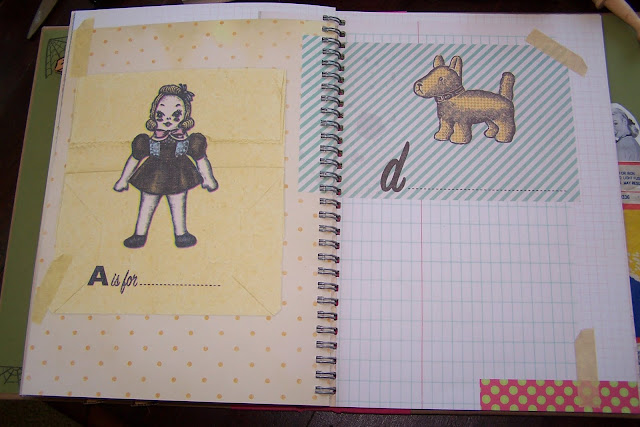 here is a blog with other smasher's books: smash book blog
Posted by my house is cuter than yours at 6/14/2012 1 comment: 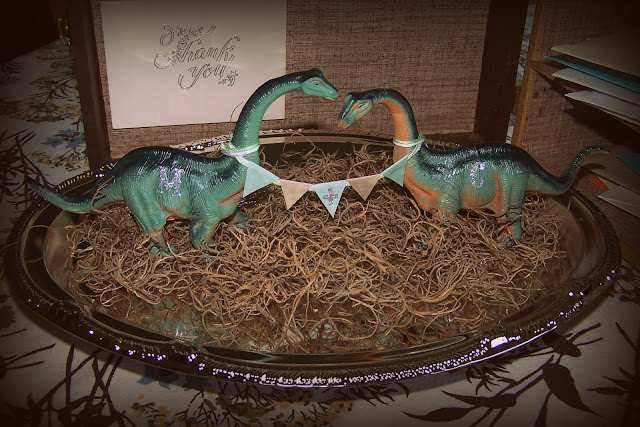 here is a multi-use craft piece i created for  Dollar Store Crafts: Wedding Craft Challenge using 97.5% of items from the dollar tree.  it's a 3-in-1! Foremost it is a centerpiece.... but then again,  remove the little guys from the silver tray and it can be a cake topper...or even better yet, place wedding rings around the necks and use it as a ringer bearer piece as seen below: 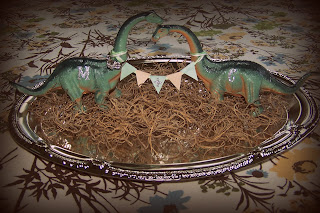 i am sure adding a few flowers or making a little top hat and veil for the dino couple would be a cute addition.

i love me some dollar tree craftin'!

here are a couple of things i made from dollar tree items for halloween:
grave marker portrait piece
creepy hand luminary


and another challenge i participated in and won several years ago:
Dollar Tree Gourmet Meal Challenge

also found at the dollar tree, in terms of weddings, is a little something for the ladies! 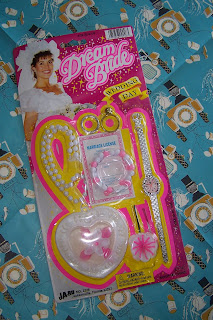