i can't let halloween go by without at least some representation here, even if it's late and minimal. so here is the pumpkin for this year: 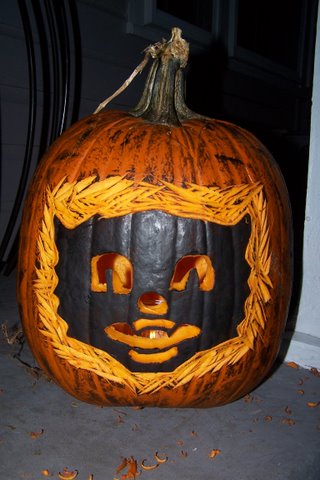 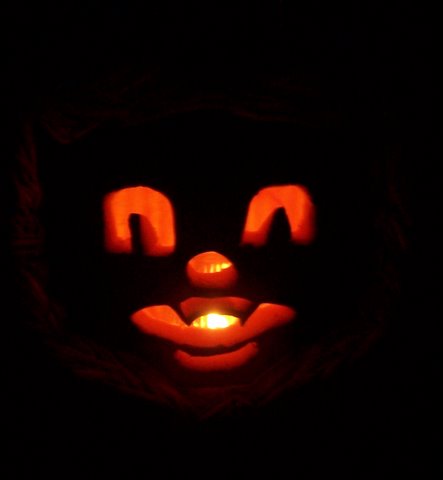 and here is a last minute idea that pumpinbutt came up with that i thought was supercool: (it is on the back) 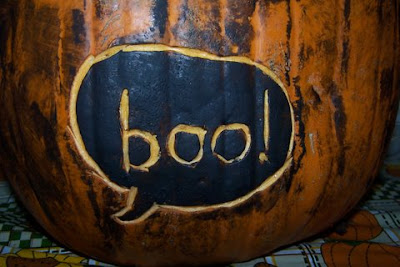 i had this idea to try random black paint rubbed all over the pumpkin but wasn't entirely happy with it... kinda reminded me of that cheesy faux wall paint technique of sponge painting that was so popular in 1992.
Posted by my house is cuter than yours at 10/31/2011 3 comments: 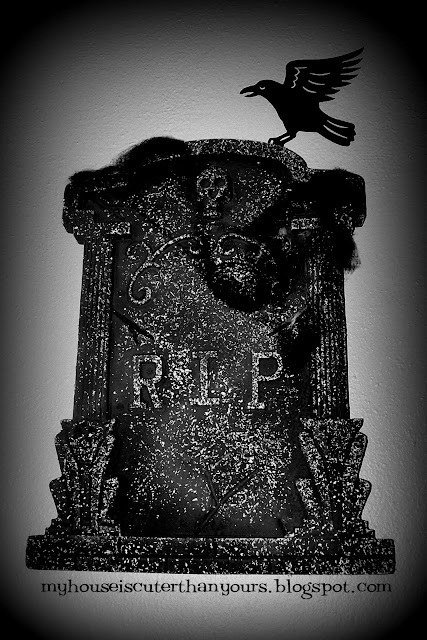 Decor this year ..... uber cheap..... most stuff from the dollar tree. tombstones and paper die cuts from $tree of ravens. something called "halloween hay" stretched across the top came from Joann's. i hung 7 of these tombstones on the wall instead of doing the graveyard deal outside. 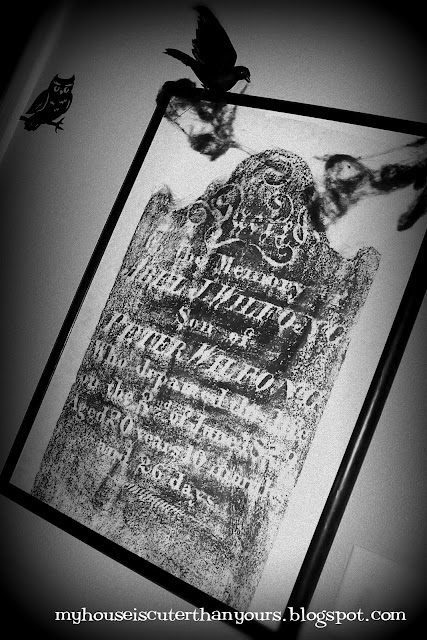 A framed tombstone rubbing that i put up every year. added the oh-so-creepy halloween hay along with a foam raven perched on top. off to the left is a paper die cut of an owl from $tree. 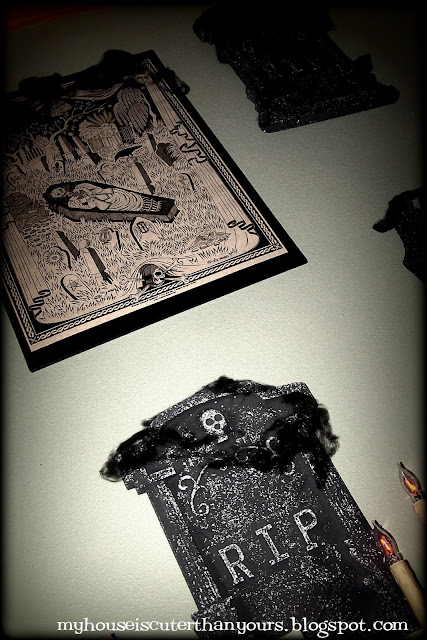 here is a bit of a shot of the "wall cemetery". in the middle of the display is a graveyard print from Madame Talbot Victorian Lowbrow . Also seen in the lower right corner is one of those typically used for christmas plastic candle holder do-hickeys. i used orange flicker flame bulbs and put several around the house...it looked very haunted mansion-ish! (the next picture below it is more clear) 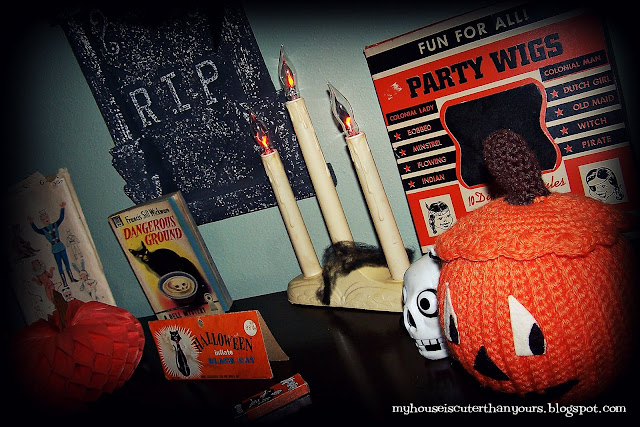 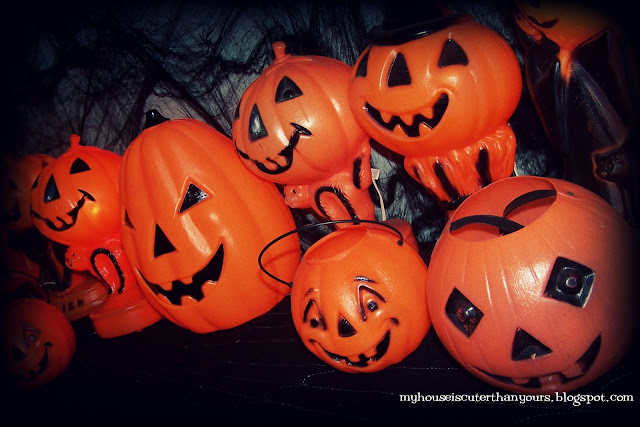 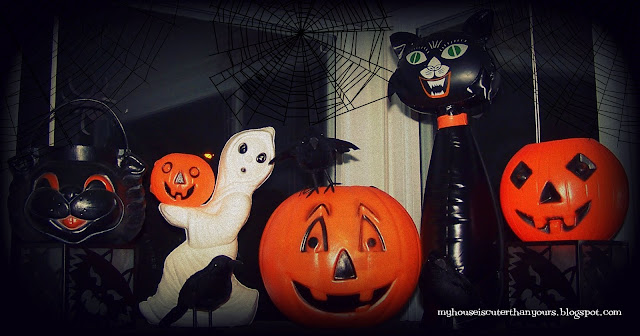 i think the only thing i purchased new this year were the die cuts (ravens, bats, owls, spiders). not pictured but hung on the windows were the spiders and bats on the ceiling. when the fan is turned on the wings flap for an extra added effect.