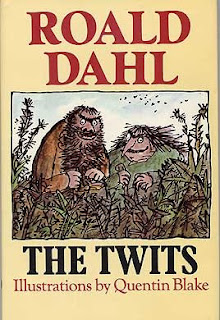 pumpkinbutt's class is reading The Twits by Roald Dahl of Charlie and the Chocolate Factory, James and the Giant Peach fame right now. this week is literacy awareness week and i saw an opportunity to have some fun! The Twits is an extremely funny little book about an old married couple that are horrid and haggard and play mean tricks on each other that are actually pretty funny!
mr. twit has a long nasty beard that he never washes and food gets stuck in it so....
i started with having the class help me build upon this mr. mashed potato head rendition of mr. twit: 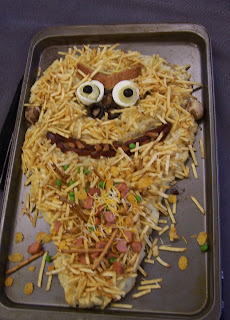 as we added peas, corn flakes and hot dogs the class " Ewww"ed so much that my original plan of us actually eating him didn't happen. i got this idea from a book i found at a thrift store. it is all food stuff based after many of Roald Dahl's works. Recipe and instructions below if you happen to be needing a mashed potato face and beard: 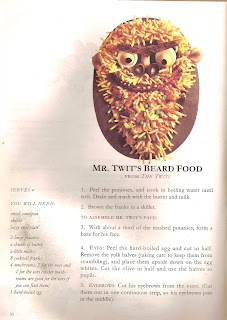 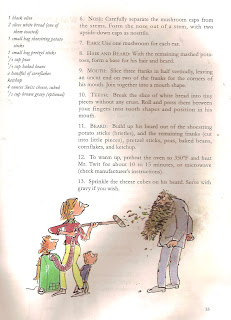 next i had pre-drawn beards on brown construction paper. i gave all the kid's dried foods (rice, split peas, cornflakes, noodles) to glue down. afterwards they sported their dirty beards: 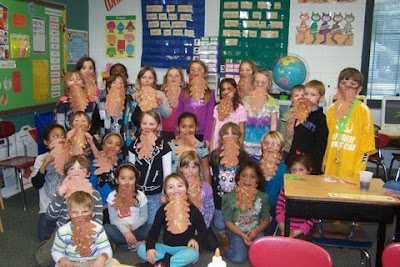 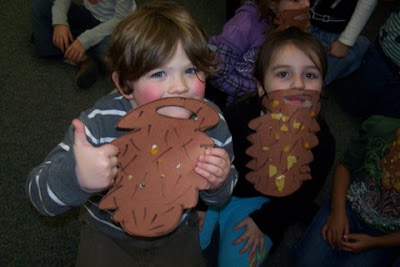 pumkinbutt gave the activity a thumbs up!

one trick that mrs. twit played on mr. twit was tricking him into eating spaghetti with worms in it. i made the kid's some wormy spaghetti out of twizzlers and gummy worms and put it into little ziplock bags with an image from the book of the trick taking place. 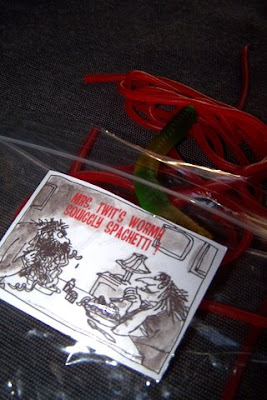 another trick that she played on him was putting her glass eye in his mug of beer...

and them snuck eyeballs (marshmallow, life saver, raisin) into the cups: 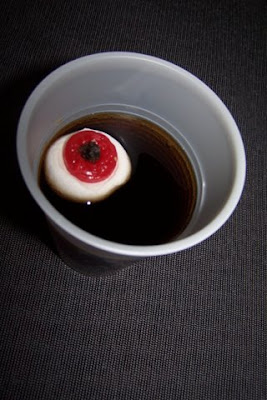 so why all the tricks done by mrs. twit? because i dressed up like her! in the book she is a rude, ugly, fowl women, and i can relate! in the book it describes how she used to be good looking but with all the horrible thoughts she had it made her look horrible. so i told the kid's that their teacher and i are the same age....60, but the teacher looks so good because she doesn't think bad stuff like i do. ( their teacher is only in her 20's ) i then passed around a photo of natalie wood and said that's what i used to look like!

so here is the book's mrs. twit: 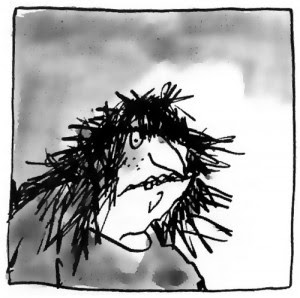 and here is my rendition: 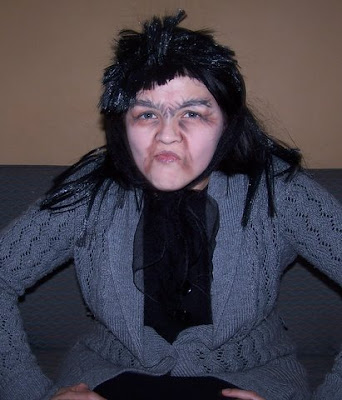 hahahahahahaha! so freaking funny! as i would talk to the kids, i would call them "dirty little street urchins" and "varmits" but quickly change it too "little dears" and "sweethearts" because i told them i was trying to change my ways. they asked where mr. twit was and i told them he was at home trying to figure out how to use a stick of deodorant and a bar of soap. i wanted to start it off with that my parole office was making me be here as part of my community service. but these kids are too quick and would have questioned it and that would have lead to my not being allowed to have any more activities with them.
whew! it was fun but a lot of work. i spent about 4 hours on all this stuff for 1 hour of kid-crazy fun but i loved doing it. looking forward to the next book they read about vile individuals!