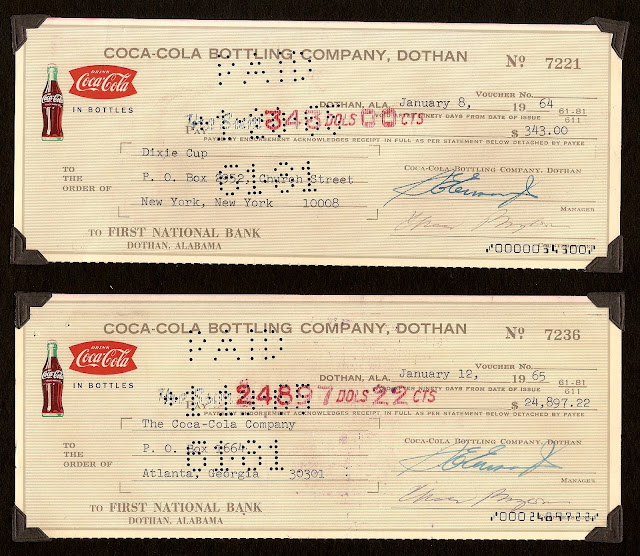 got these a few months ago at the flea market for 1 buck each! there were a few more that had little "Season Greetings" stickers on them that i have a feeling were christmas bonus checks.

we spent 45 minutes at this booth looking through a set of scrapbooks from a woman living in the 1940-60s that spanned from high school til having children that was completely engrossing.

i love looking through things like this trying to figure out the story and connect the dots.

in keeping with my cheap dollar store frame project, these checks got the same treatment.
Posted by my house is cuter than yours at 5/31/2012 No comments: 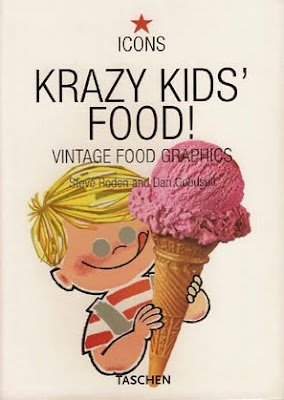 if you can finish that jingle than you are in the same mind set as i am lately. recently i started a decorate-the-kitchen project that started out as mostly hanging framed images of old cooking ads and recipes. i then recalled i have the book Krazy Kids Food! and then became inspired to focus on vintage kids food images. here are a few images that i found on the web i will be using: 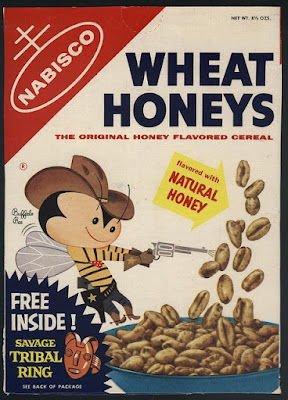 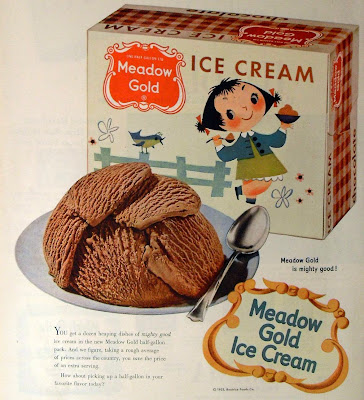 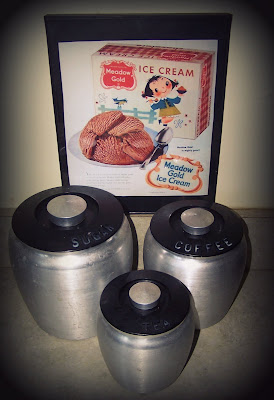 dollar tree has these great 8x10 frames right now that the glass front pops out for easy changing. i bought about 73 of them. very handy for kid art work as well, making it easy to change the current exhibit already hung on the museum walls.

i also stumbled across this "Eat-it-All" ice cream cones promo display mobile idea that i may try to make a version of: 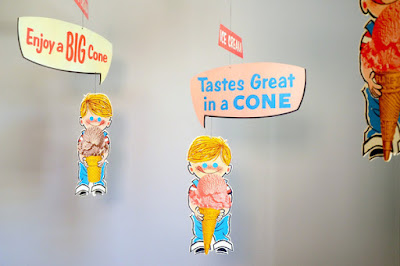 so this kitchen decorating deal has morphed into painting the walls and making curtains along with hanging the new prints.  planning on taking those tasks on during the summer...still need to pick color and fabric.
Posted by my house is cuter than yours at 5/18/2012 1 comment: 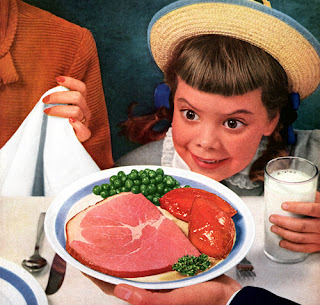 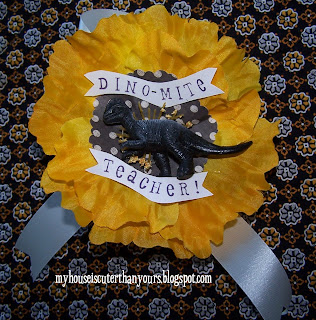 "Our Teacher is Dino-mite!"

last week for teacher appreciation i did several cute projects with pumpkinbutt and his class.
the first was a dinosaur and flowers theme of "our teacher is dino-mite".  i made a corsage (seen above) for the teacher to wear. it is comprised of the finest flowers and dinosaurs from $ tree and some scrap book paper from joanns.   i also decorated a thrift store vase to match and the kids brought flowers to put in it. 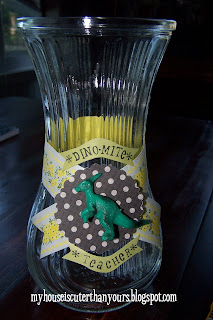 the next theme was "we are so fortunate to have you as a teacher".  i bought a large plain plastic take out box from michaels and Chinese food-ified it . i decorated the front with a print-out in a "chinese takeout" font and glued chop stick wrappers along the edge.  inside were long strips of paper (fortune-like) with dragons stamped on the ends where the children wrote why they like their teacher or something they learned from her.  we called them "fortunates". i also sent in some fortune cookies for the whole class to share. 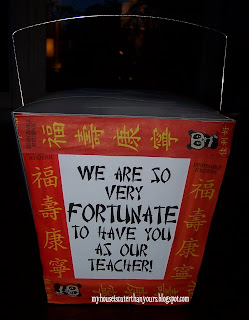 the last theme was "we are nuts about our teacher".  i decorated a plastic tub with a cute squirrel with nuts image and asked that the kids bring in nut related items to give to her....candy with nuts, mixed nuts, circus peanuts...anything with nuts. one kid put in a picture of george washington carver! i made some chocolate covered peanuts that we put in a little brown paper bag with an image of a peanut that pumpkinbutt glued googly eyes on. 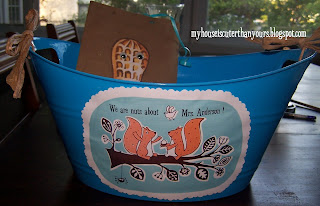 on the classroom door we continued with the nut theme.  i had the kids color an image of a squirrel with an acorn and some clusters of nuts. i rolled long sheets of newsprint and hot glued it to the background in a tree and branch shape and then attached their colorings.

on the tree i added a carving with the teachers initials. 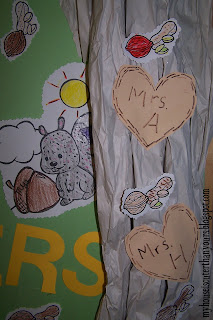 the kids and i had a really good time making and planning the week and the teachers really loved it!

it has been a long time since i have found several neat items all on the same day and at the same store so i was a bit excited over it! 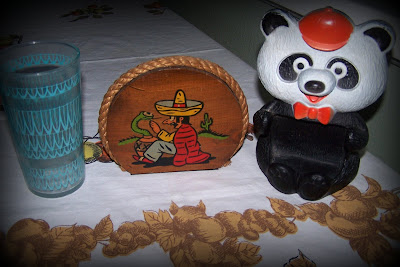 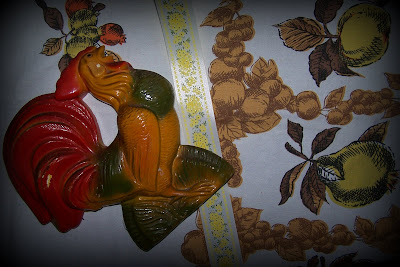 for some reason i just have this feeling all these items came from the same home.  i left behind about 6 hot plate trivets of several cities along with one from "south of the border", which put the thought in my head of the bookend being from there.

on the subject of 'south of the border'.....making a trip there has been on my to-do list for quite sometime...along with myrtle beach. it sounds like a hoot! old roadside attractraction,  lots of photo ops next to big concrete gorillas, cacti, sombero clad fellows and more...much more !
below is a chuck o' plagiary to nutshell what the place is:

"South of the Border is a rest stop and roadside attraction on Interstate 95 and US Highway 301/501 between Dillon, South Carolina and Rowland, North Carolina dating back to 1949. It is named "south of the border" being south of the U.S. state of North Carolina.  The location was chosen as a convenient location for selling beer as it was located just over state (South of the North Carolina border) and county lines to a dry "alcohol prohibited" county adjacent to the north.The rest area features not only restaurants, gas stations and a motel, but also a small amusement park, shopping (including, formerly, adult entertainment at the "Dirty Old Man Shop"), and, famously, fireworks. Its mascot is Pedro, an extravagantly stereotypical Mexican bandido. It is known for being advertised by hundreds of billboards along surrounding highways, starting over 150 miles away. Well-known landmarks in the area, the irreverent signs feature Pedro, wearing an oversized sombrero and poncho, counting down the number of miles to, and promoting, South of the Border."

did you read that?!  Dirty Old Man Shop!

here is a song that i just found that captures some of the kookiness of the place! 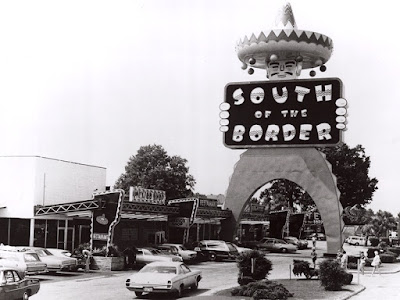 you know i am thinking of us taking a bit of a detour this summer to hit this place up, don't you?!