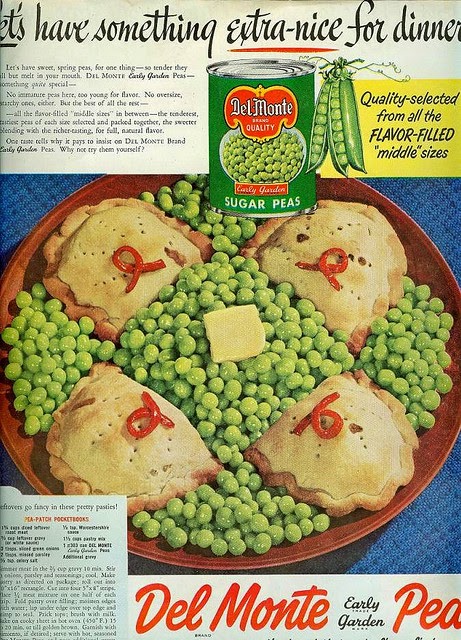 I love the name and they are so adorable!
I saved the above vintage recipe image from the nets to try out. Only the resolution was not the best when I went to read the instructions. So I had to decipher what I could and just make the rest up. 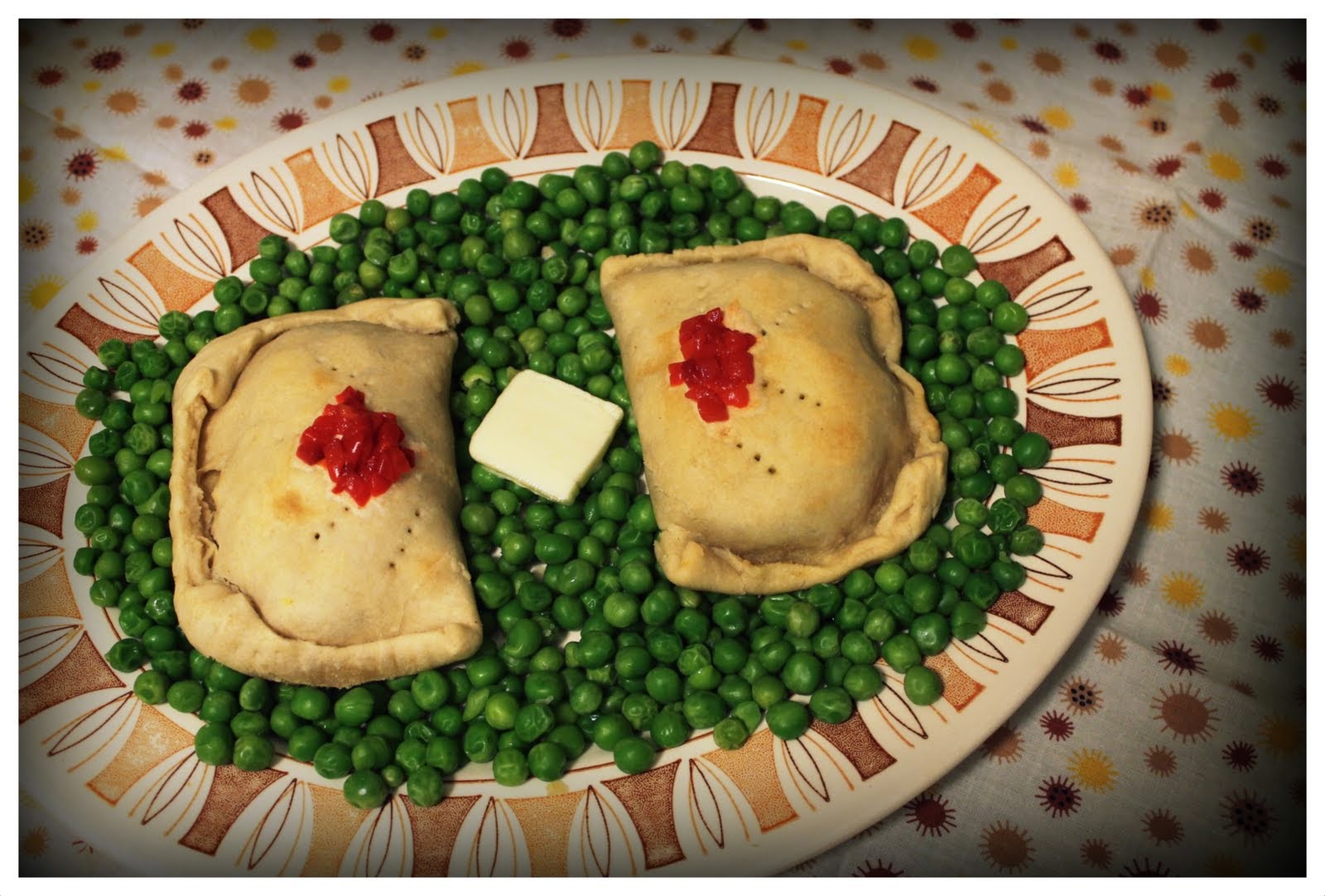 I could kinda make out some of the ingredients : Peas, leftover meat, pastry, celery salt, worcestershire sauce, gravy, additional gravy...

So basically it's leftovers with a crap ton of gravy in a pastry crust on a bed of peas!  I can do that!  Forget the celery salt and worcestershire sauce, just add more gravy.
I have been doing a bunch of recipe experimentation (just making stuff up!) lately.  I made a really good baked tarragon chicken dish with quinoa last week and froze the leftovers.  Perfect for this dish!

I started by making the gravy, since it seems to be a vital component in this dish.  I used the leftover drippings from the baked chicken and followed Mr. Goss' Gravy recipe (from Aunt Bee's Mealtime in Mayberry Cookbook ~The Andy Griffith show).  Be careful not to spill the gravy! As Mr. Goss, the only dry cleaner in Mayberry says, "...gravy can make awful spots! It is no joke, No siree! Takes alot of good work to clean it off proper. People just don't realize!!"  The recipe doesn't call for cleaning fluid to be added as Andy had suggested (this way the gravy stain could just take care of it's self.) 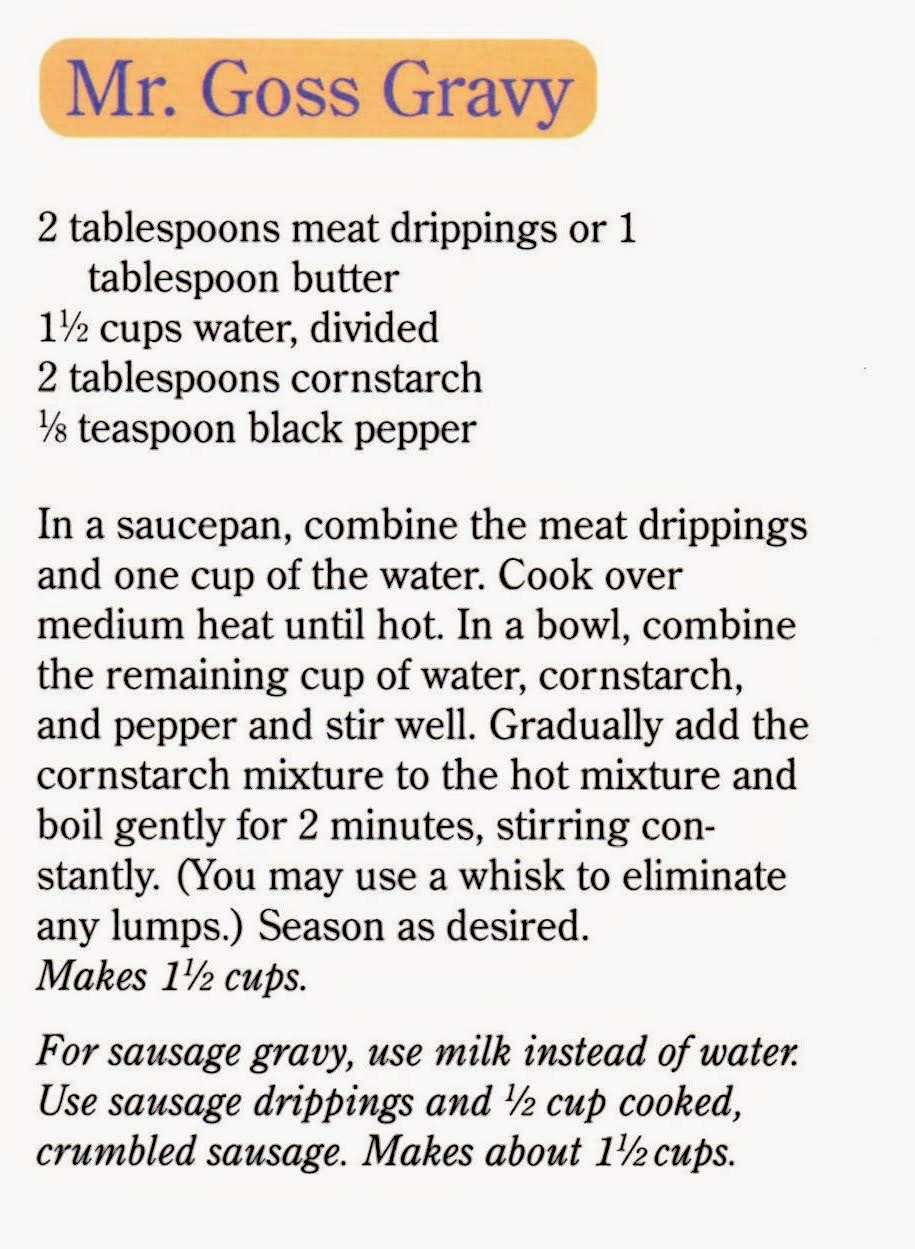 I then combined the gravy, chicken, and quinoa together.  I threw some peas in the mixture for color and cohesiveness. For the pastry, I used Jiffy (jiffy I love you) pie crust.  I made the pastry as instructed on the box and then rolled out and cut into 5x8 inch strips (I could decipher that from the recipe).  Next, add a tablespoon or so of the leftover mixture on lower middle of each strip and fold over pastry. Moisten edges and roll up.  Prick top with a fork and brush with milk.  Bake on a cookie sheet at 450 degrees for 15-20 minutes.  Meanwhile mix peas with as much butter as you think your arteries can stand. Cook on stove top and dash with seasonings of your choice.  Place peas on a serving dish. After the pocketbooks are done, snuggle them into their pea patch.  Top the pocketbooks with some pimento. Then to finish everything off, place a little pillow of butter in the middle.

These turned out so yummy!  Just stuff some pastry with gravy, leftovers, peas...done!

I am not sure why my "pockets" turned out looking like they came off  the back of a husky, wide-load pair of pants though. 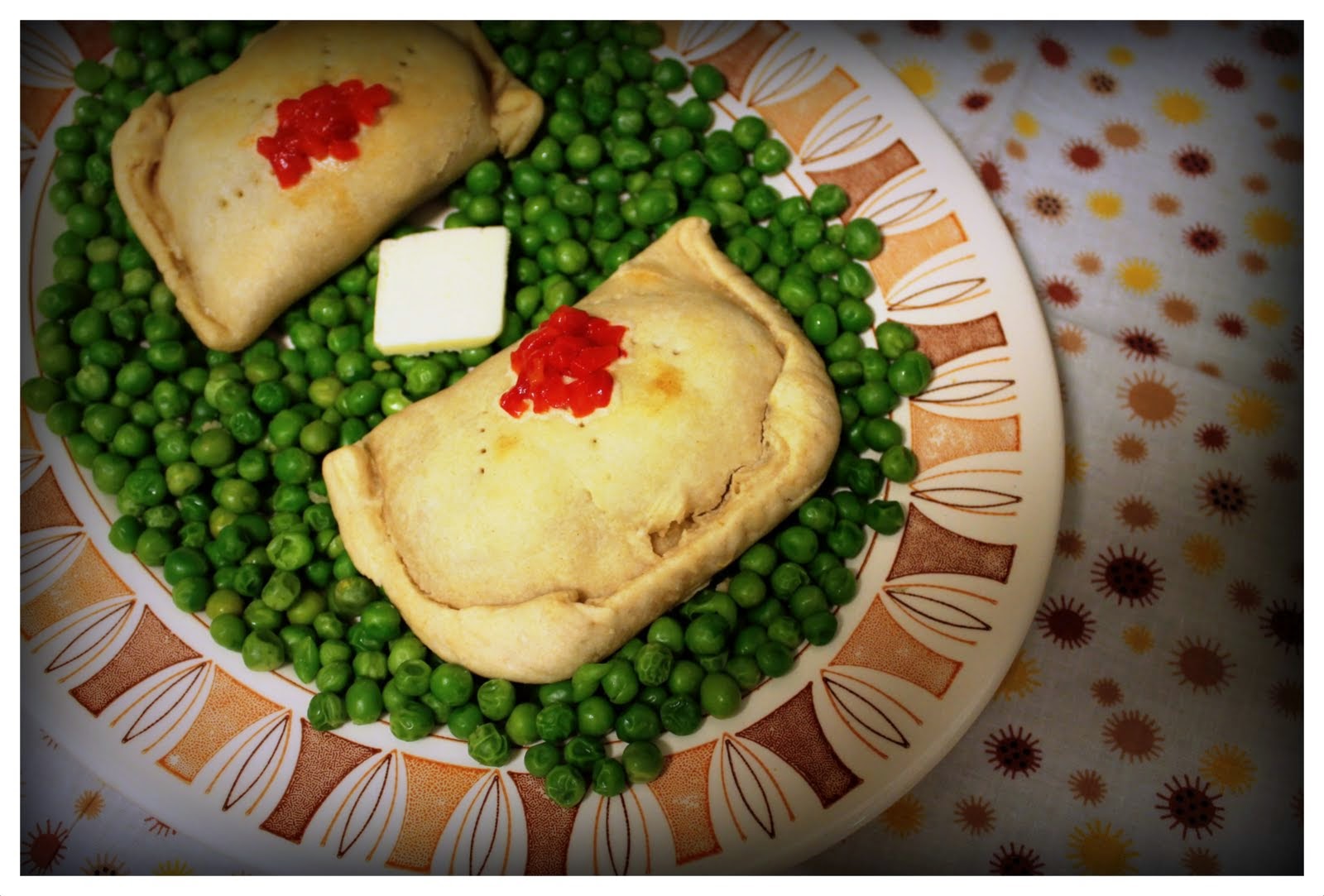