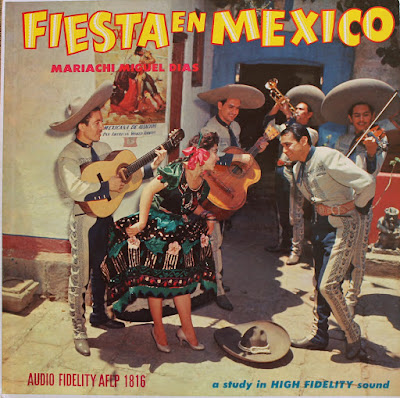 Happy Cinco de Mayo!
For years I dreamed of going to Mexico.  In my mind all the streets looked like the above image.  Mariachi bands on every corner dressed in full splendor.  Beautiful towering cacti among the ancient ruins.  Lovely quaint open air markets of handmade taxidermy frogs playing poker.

I then realized I was really thinking about the Mexican Pavilion at Epot!  I have a feeling true Mexico is nothing like what I imagine, not unless it was 1963.

We do love collecting vintage Mexican souvenirs, records, and lots of cacti to landscape the 'ancient ruins' of the inside of our home.  We also LOVE Mexican food.  I pulled all of this together and we had a little fiesta for Cinco De Mayo. 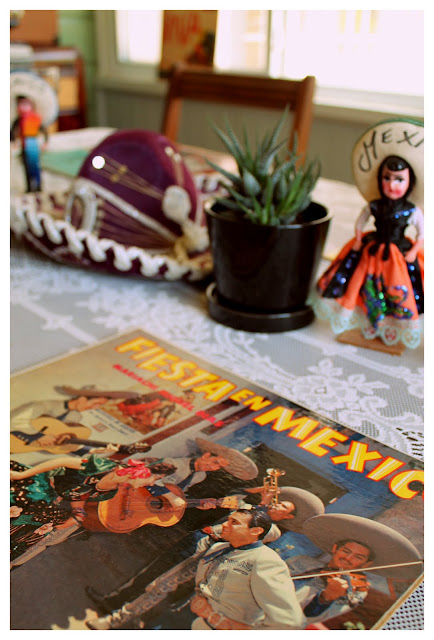 I used some of the records as place savers.  We didn't eat on them but I can see having copies made of the covers and then getting them laminated...then we could use them as place mats.  For dinner I made a Mexican layer dip with tortilla chips. 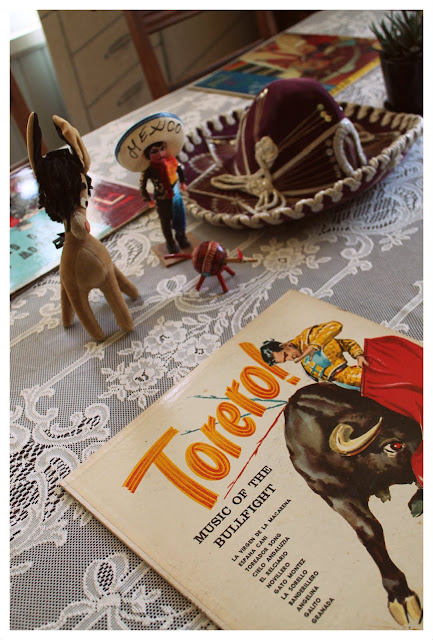 Here is a funny story about my layer dip.  It's nothing too special ...refried beans, taco seasoned ground turkey or vegetable crumbles if you got them, melty white cheese, black olives, tomatoes, sour cream and green onions. 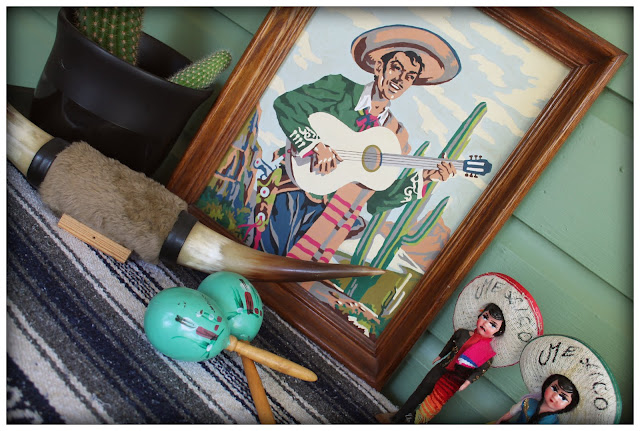 The key ingredient is I like to use refried black beans.  I had a friend several years ago that was an excellent cook and really liked making Mexican food.  He was also a vegetarian (ate dairy).  I told him I had a really good dip that I made and it was vegetarian at that! 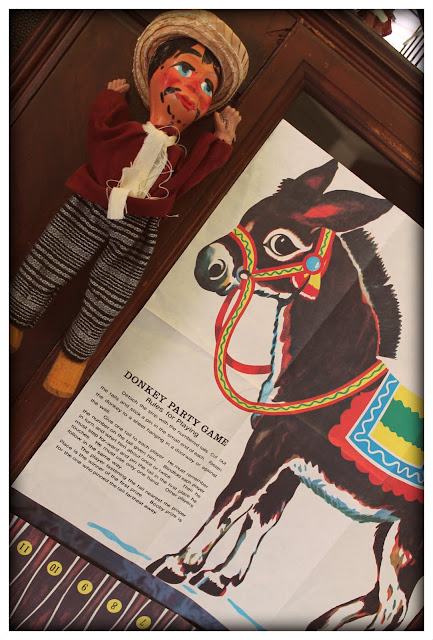 So I made the dip and it was yummy as usual.  My friend then looked at the ingredients on the can of the refried beans.  He says, "Well no wonder it tastes so good Mary!!! There is LARD in it!"   I love that story. 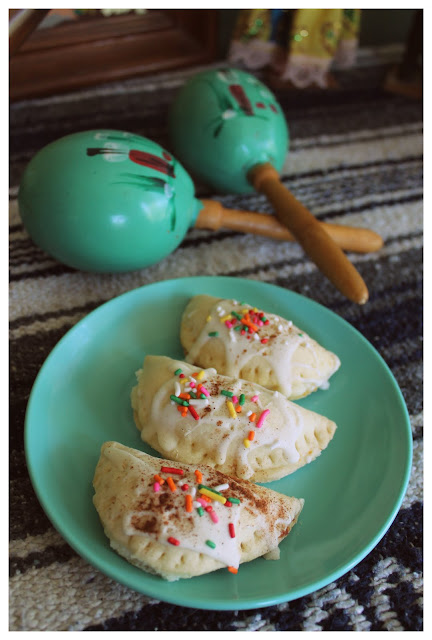 For dessert, I invented a Cinnamon Cream Cheese Empanada recipe.  The crust is Jiffy pie crust mix which I cut into rounds.  I then spooned a dollop of cream cheese that I had mixed powdered sugar and cinnamon in. How much powdered sugar and cinnamon? I don't know, just to taste.  Then folded over the top, pressed the edges and jabbed the tops with fork tines.  I baked them at 350 degrees until the crust was done.  How long is that?  I don't know, just don't burn them. I then drizzled them with cream cheese frosting (prefab from the tub) that I microwaved a few seconds.  Afterwards, sprinkle with cinnamon and colorful sprinkles.  They turned out muy delicioso! 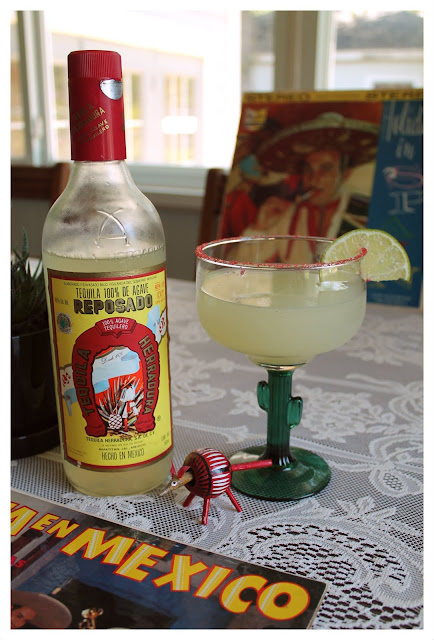 For our beverages I made Faux-garitas.  I made that word that up.  It's just chilled limeade that I put inside a cool tequila bottle we had saved.  I garnished the glass rim with red sugar and a lime wedge. 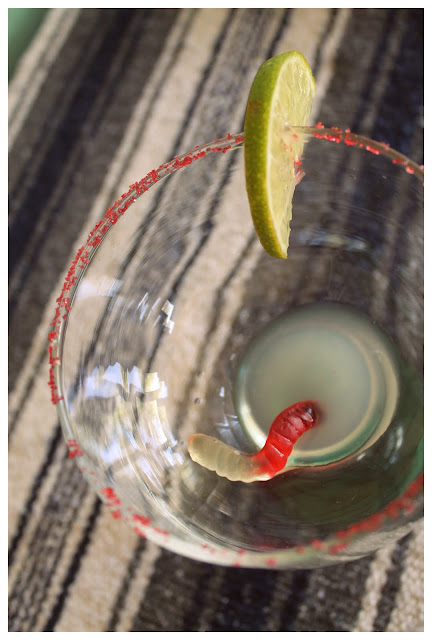 And the fun part about these bebidas is everyone gets a worm in the bottom of their glass!
A gummy worm that is!