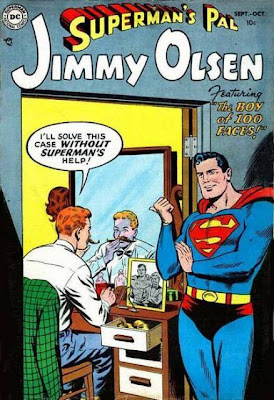 For the past several months Pumkinbutt has started buying and collecting vintage comics.  I can't help but feel a bit proud of him and know that it has been inspired by the "museum", as our house has been called before.  PB has started several businesses to raise his comic book money. His main venture is called Killer Spa, a foot and back rub service with zombies on the logo.  He spends a lot of time researching comics when he is not pitching me his zombie foot rub benefits (20% off on the weekends).  He checks out books from the library about vintage comic book collecting along with looking up information on the internet.  His main interest is Action Comics and Superman.  We also have been watching the 1950's Adventures of Superman, (checked out from the library also).  PB thinks that Jimmy Olsen is super cool. 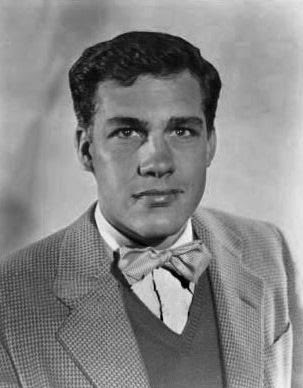 We wrote a letter to Jack Larson (who played Jimmy Olsen in the Adventures of Superman) secretly without PB knowing and guess what?  He wrote him back! 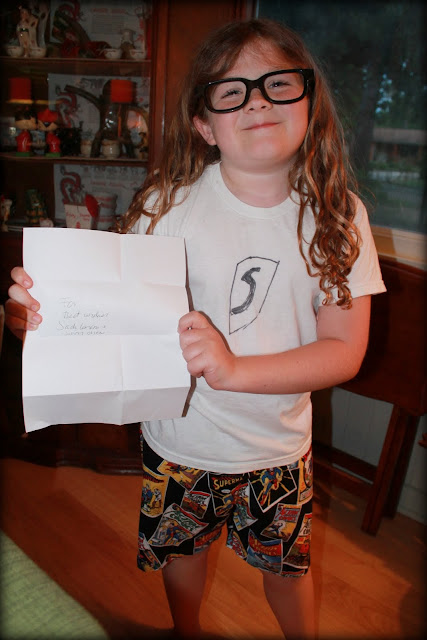 Here he is showing off the note while wearing the Superman shirt he made himself and his "Clark Kent" glasses.  FYI, those 3D movie glasses with the lens popped out are great for kid dress up.

I made him a pair of sleep shorts from vintage inspired Superman and Action Comic book fabric. 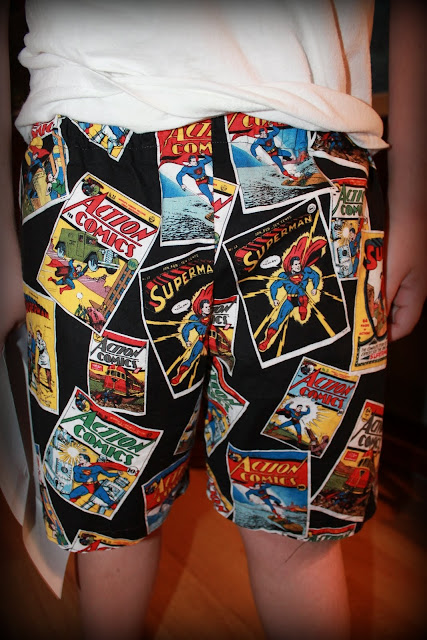 I made them from the vintage Simplicity pattern seen below. I haven't worked with a lot of patterns, much less vintage ones.  The instructions for these shorts were no help.  I guess it was common knowledge back then how to put bottoms together.  Luckily I had held on to a newer PJ pattern (from when PB was littler)  to have directions to refer to as a refresher.  I found the fabric locally by chance, and half off!  Equilter has a small amount left with a blue background. 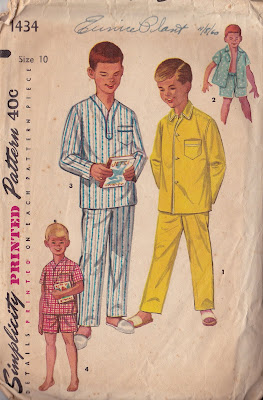 Our summer adventures continue!
Posted by my house is cuter than yours at 7/05/2013