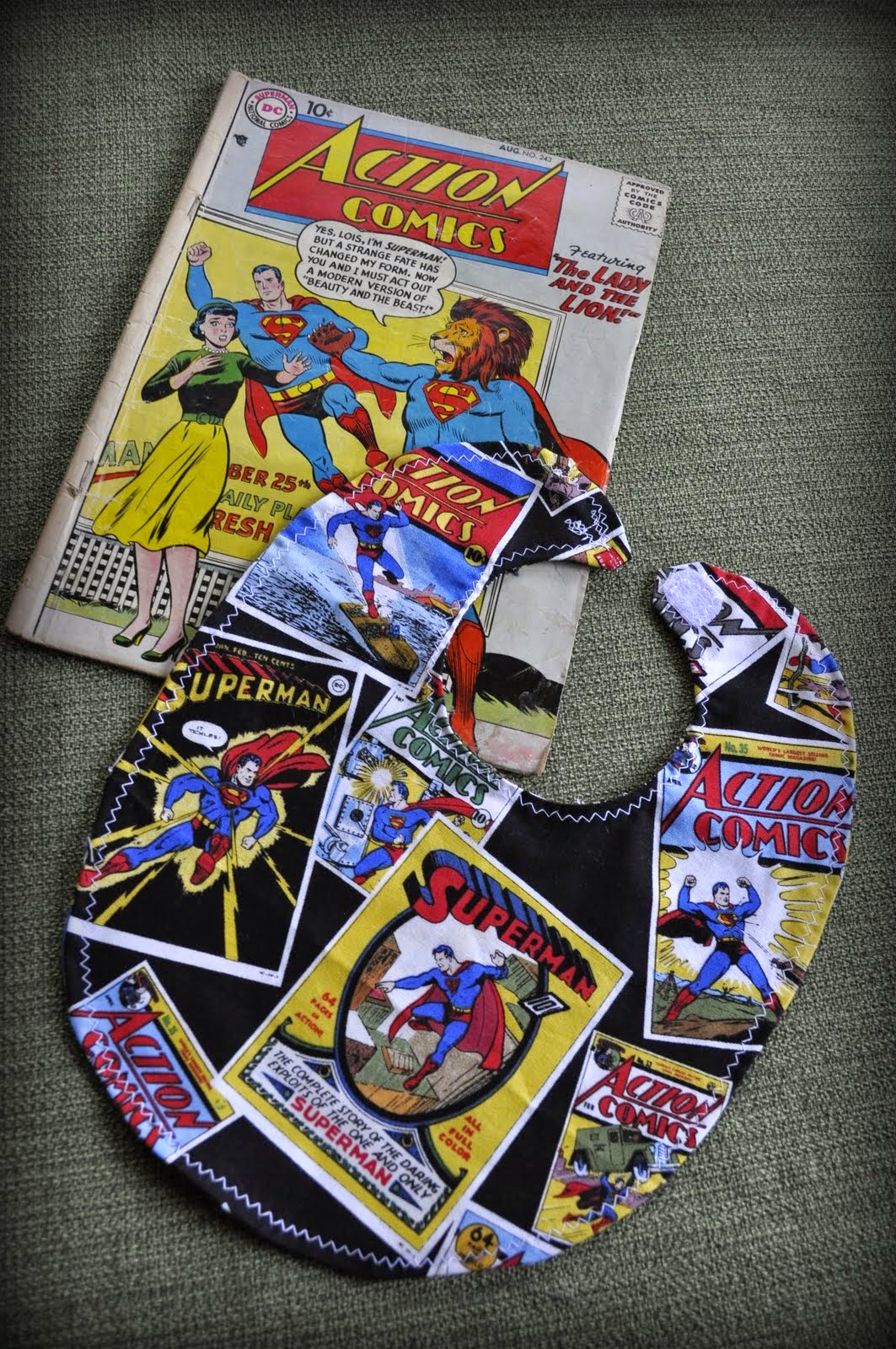 A friend of ours just had a baby boy! They named him Otis, after a family member...not Otis Campbell, the town drunk of Mayberry. 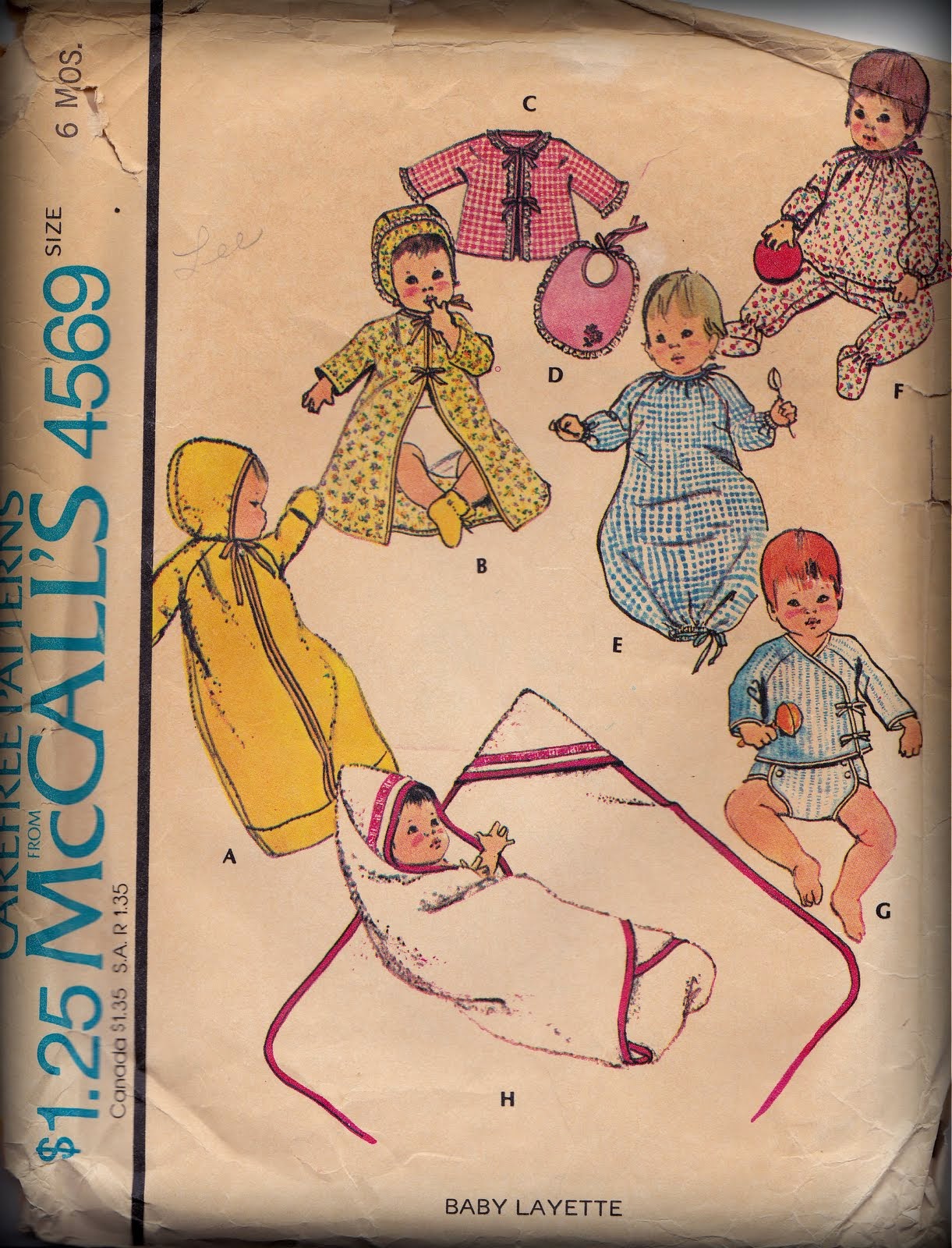 I picked up this pattern at a thrift store last week with grand plans of making the zipper front bunting outfit in a Halloween type fleece or flannel. It's about 1000 degrees outside right now so I'll put that project on hold. For now, a bib will do!

The Superman vintage comic fabric was leftover from the Super Boy shorts I made for PB last summer. Bibs are a great stash busting project since they take very little material. I left off the string ties and used velcro instead.  I remember having a few cute bibs for PB that tied...those didn't get used because they aren't for real life.  Tying on bibs several times a day is just one of those things I got over the "thrill" of real quick.

So little Otis, enjoy drooling and spitting up on this new bib made just for you!
{I will have a hard time not thinking of a bottle of moonshine rather than a bottle of milk when his name is said.  That could be a fun project to make... a baby bottle that looks like a jug of hooch!}