How to Cook Humans 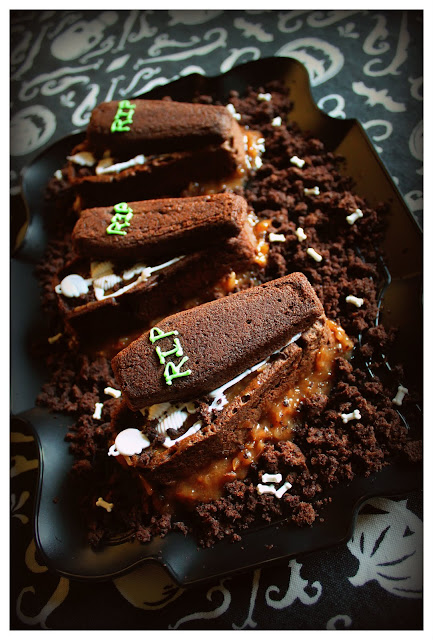 I mean, How to Cook for Humans!

Halloween dinner is usually the same thing every year: hot dogs, mac and cheese, peas, and cupcakes.  A meal approved by all four year olds, because that was the request of PB years ago and it has become tradition for Halloween. 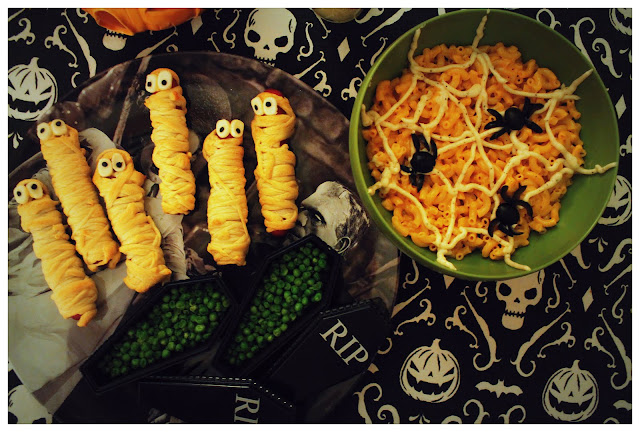 But the dishes get a spookified treatment, turning into:
Mummy dogs, macawebby and spiders, "Rest in Peas'', and coffin cakes.

The mummy dogs are made from strips of crescent rolls wrapped and baked on hot dogs.  I made the eyes from a slice of cheese stick and a bit of black olive.  The web on the macawebby is white pepper gravy with black olive spiders.  The "Rest in Peas" are plain old peas in little coffin dishes. 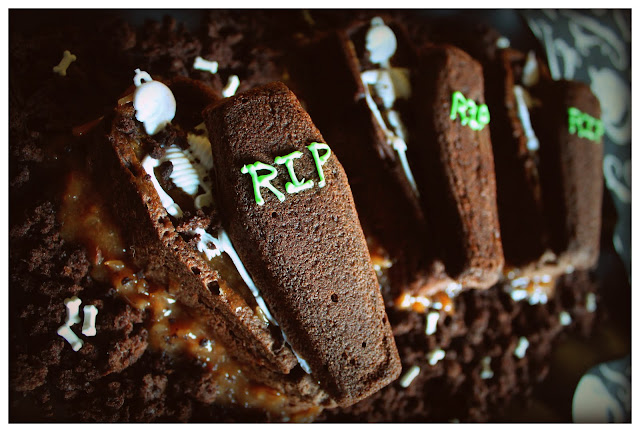 This year I came up with a clever way to make the coffin cakes.  I bought this Wilton coffins cake pan a couple of years ago (pic below).
The pan makes the bottom section of a coffin with an indention in the top to fill with pie filling, icing, or candy.  I think coffins should have lids though.  My idea to remedy this is to turn the cake pan upside down and fill the indention with cake batter, resulting in a lid!  I only have one pan so it did take some extra time to bake the coffin bottoms, let them cool to be removed, and then baking the coffin lids in the same pan but worth the effort. 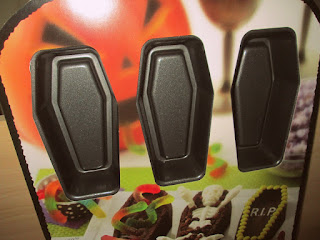 I made the coffin cakes from a dark chocolate cake mix.  I filled the inside of the coffin and the outside lower edge with coconut pecan icing.  I crumbled up the puffed up part of the cakes that gets cut away (so they will sit flat) to make the 'dirt'.  The skeletons in the cakes are plastic. I picked up a skeleton candy mold at a thrift after Halloween so I may use it for the 'remains' next year.
Just like the Mayor of Halloween Town in Nightmare Before Christmas...I'm always planning for next year!
Posted by my house is cuter than yours at 10/31/2016

That is too cute, Mary! Your title made me think of that Twilight Zone episode, To Serve Man. lol!

Good catch Jenn! My title is a reference to a Simpsons Tree House of Horror episode called "Hungry are the Damned" which was a reference to the Twilight Zone episode 'To Serve Man'!

I like to make references in my titles, glad to know this one was gotten!
~mary~