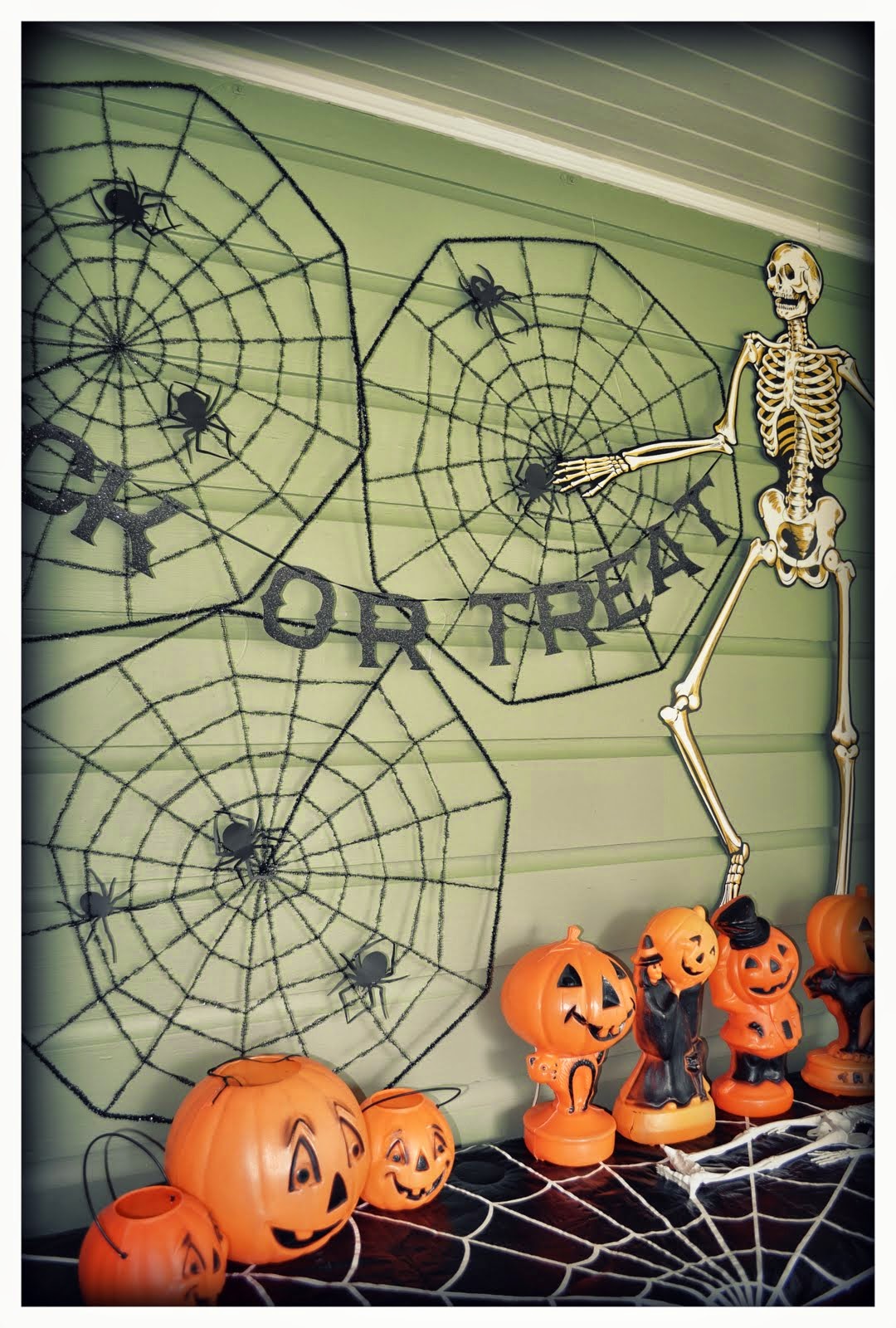 Here are a few shots of the house spooked up for Halloween!  Same stuff really, just in a different arrangement.  The large Beistle jointed skeleton on the wall is new to the mix. 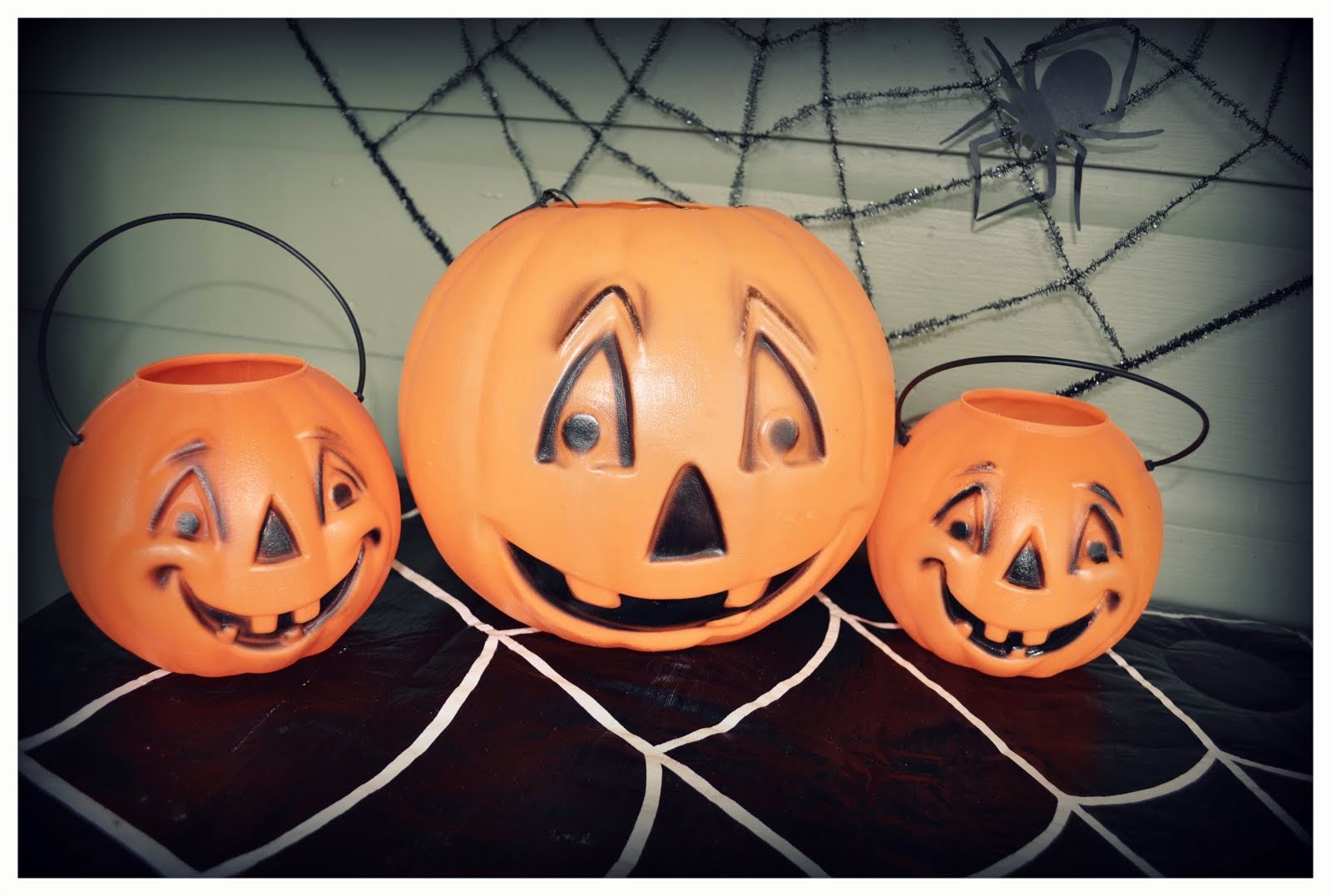 I have had these three JOLs for years and never realized that they were related!  Look at those eyes! They must be from the same pumpkin patch.  I generally have the two small pumpkins in one room and the bigger guy elsewhere.  Punky Family Reunion 2014! 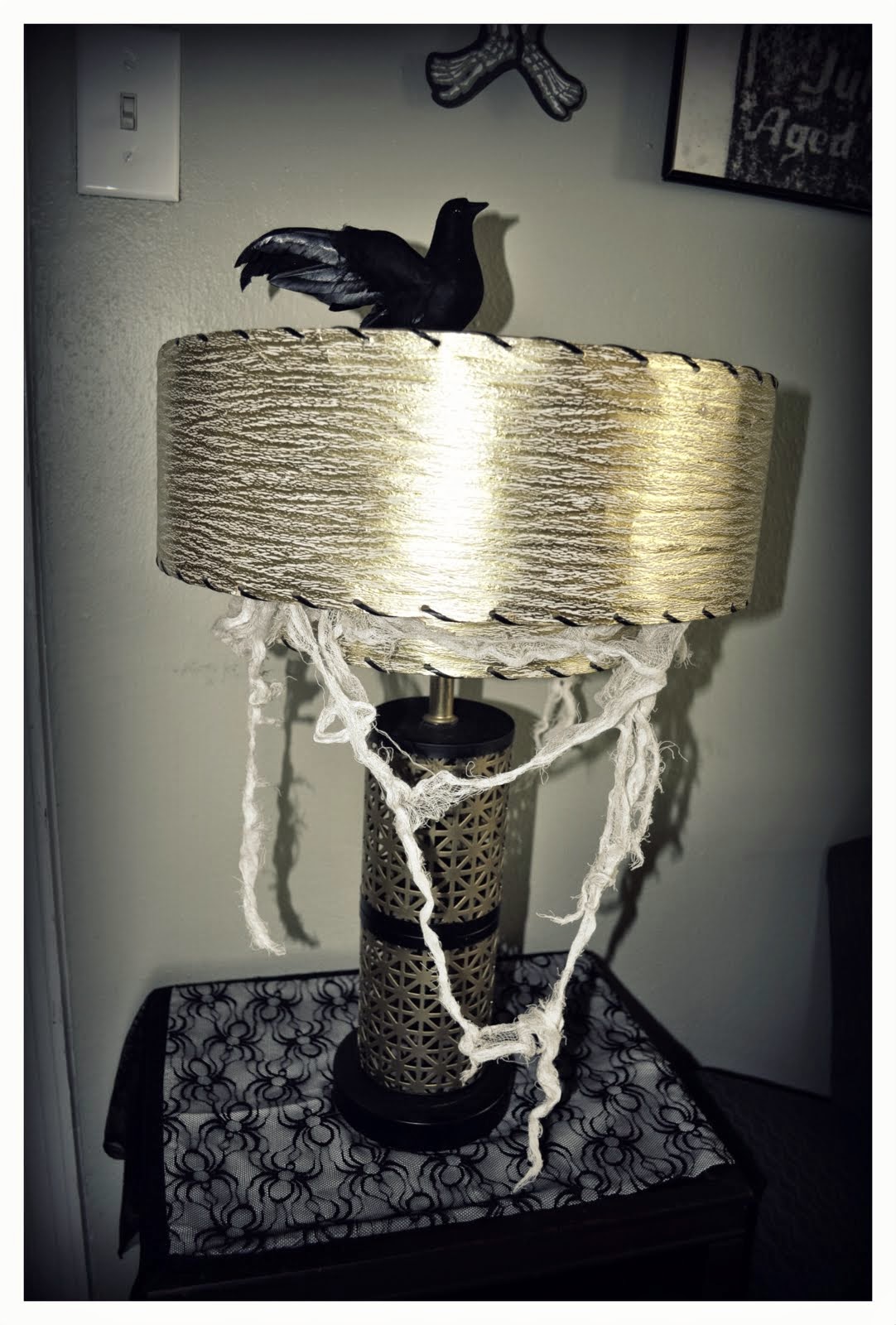 This lamp is new to the house this year.  I like the tattered remains hanging from the lower second shade. 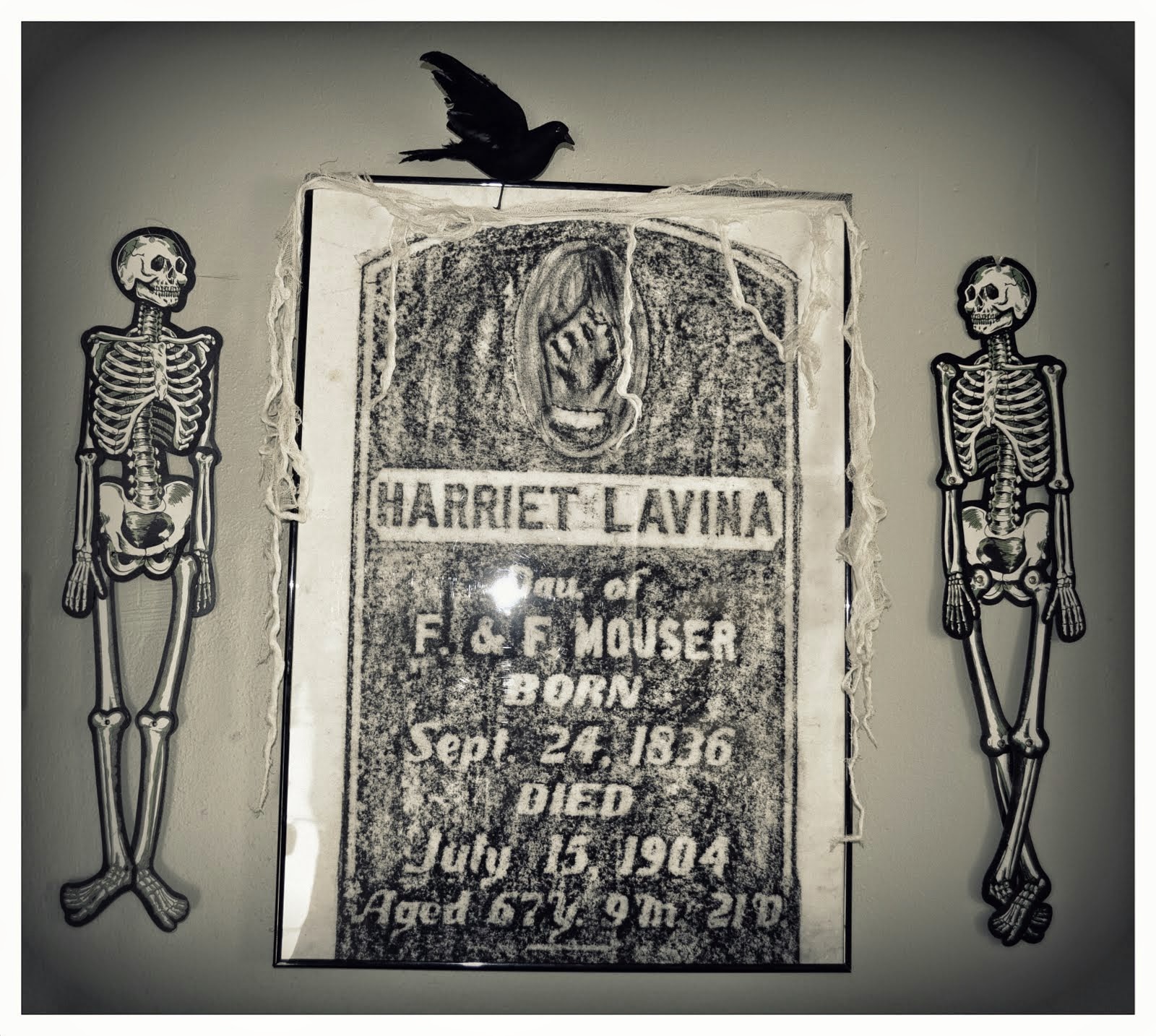 One of a few framed tombstone rubbings I did several years ago. 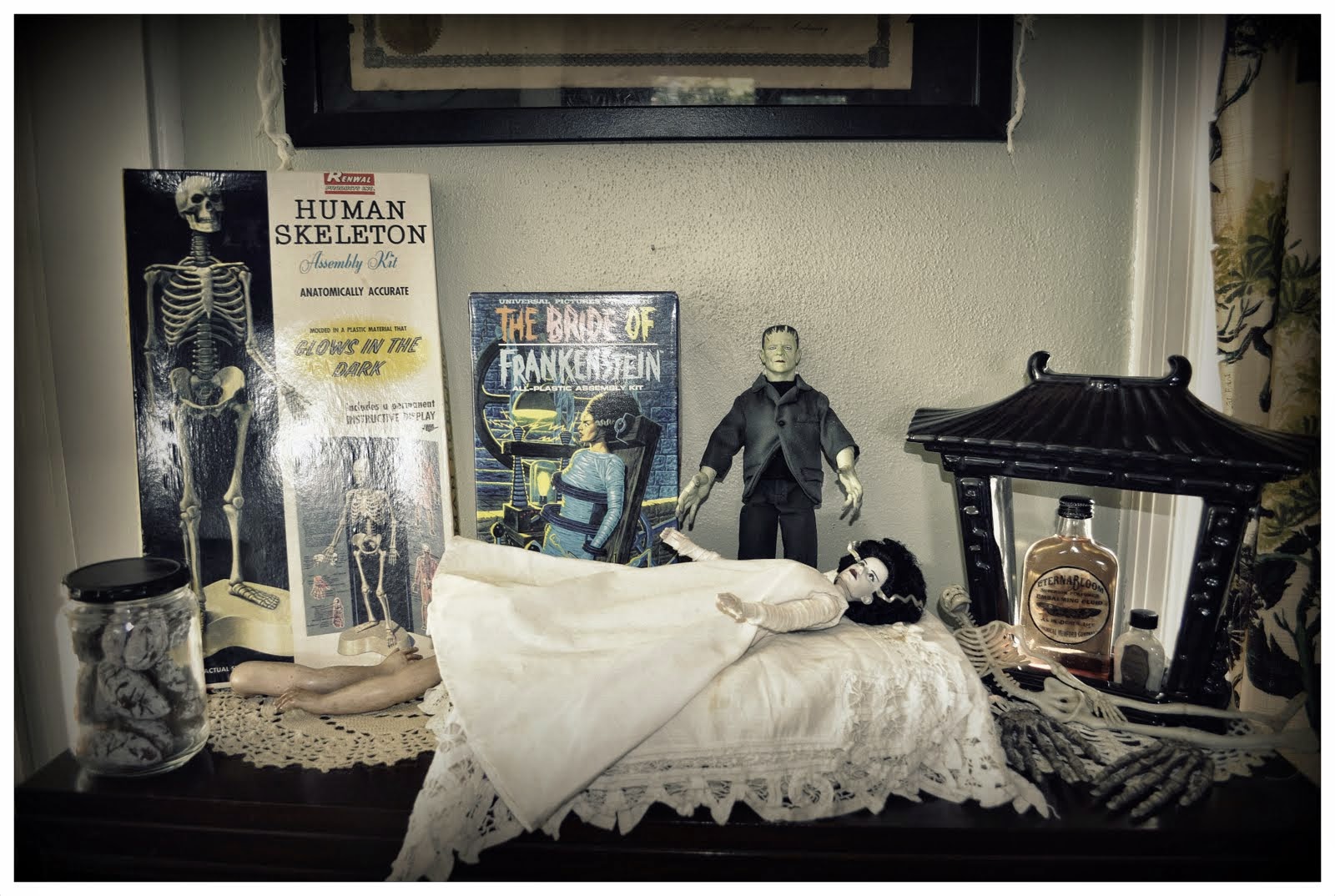 The creep display.  Jarred brains, embalming fluid *, and vintage smelling salts from a funeral home.  The dolls didn't get to come out and play this year. 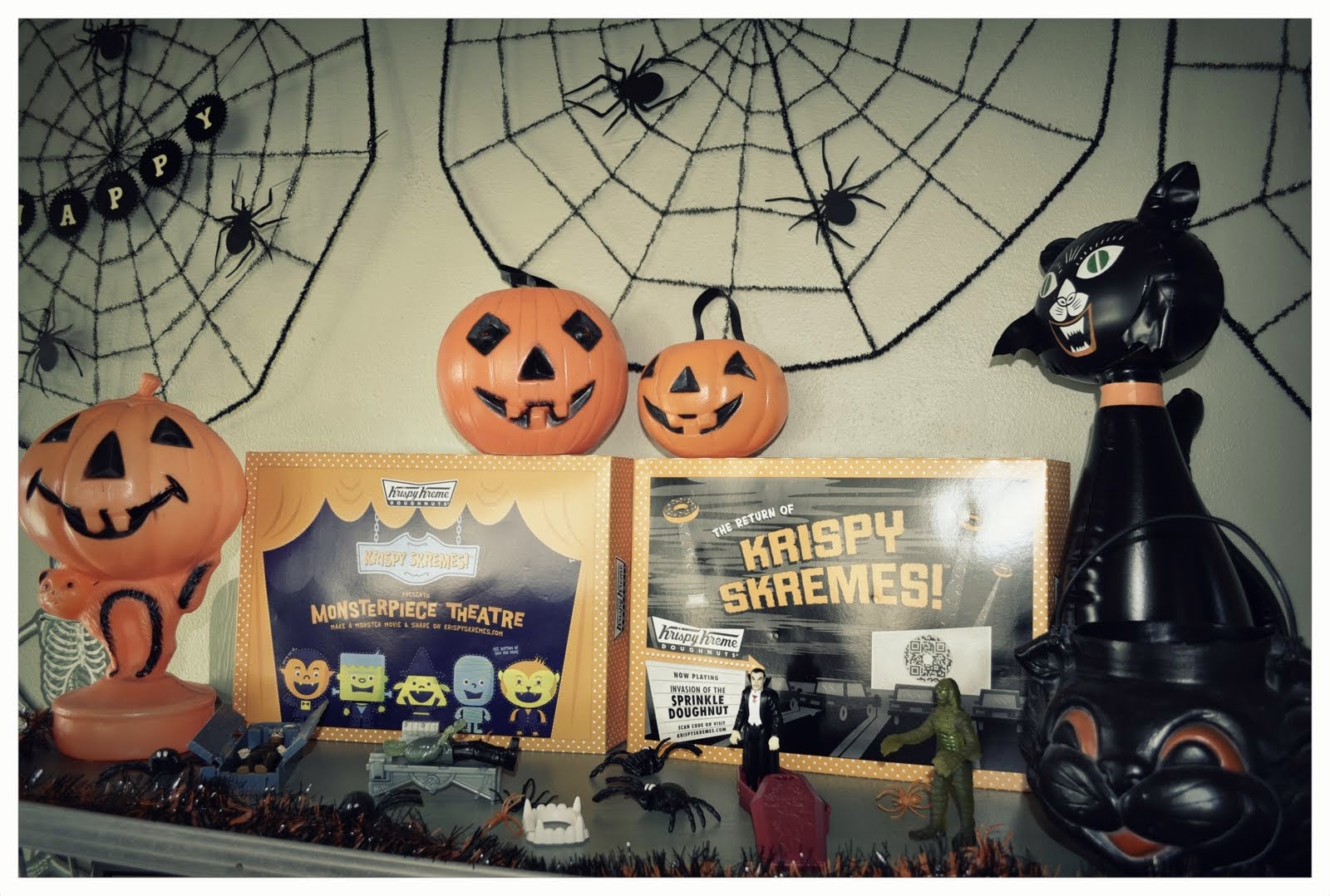 This is the top of the green vintage Sylvania display case.  I now have four Halloween Krispy Kreme Doughnut boxes...which makes a "collection".  They are making their debut for viewing pleasure this year. 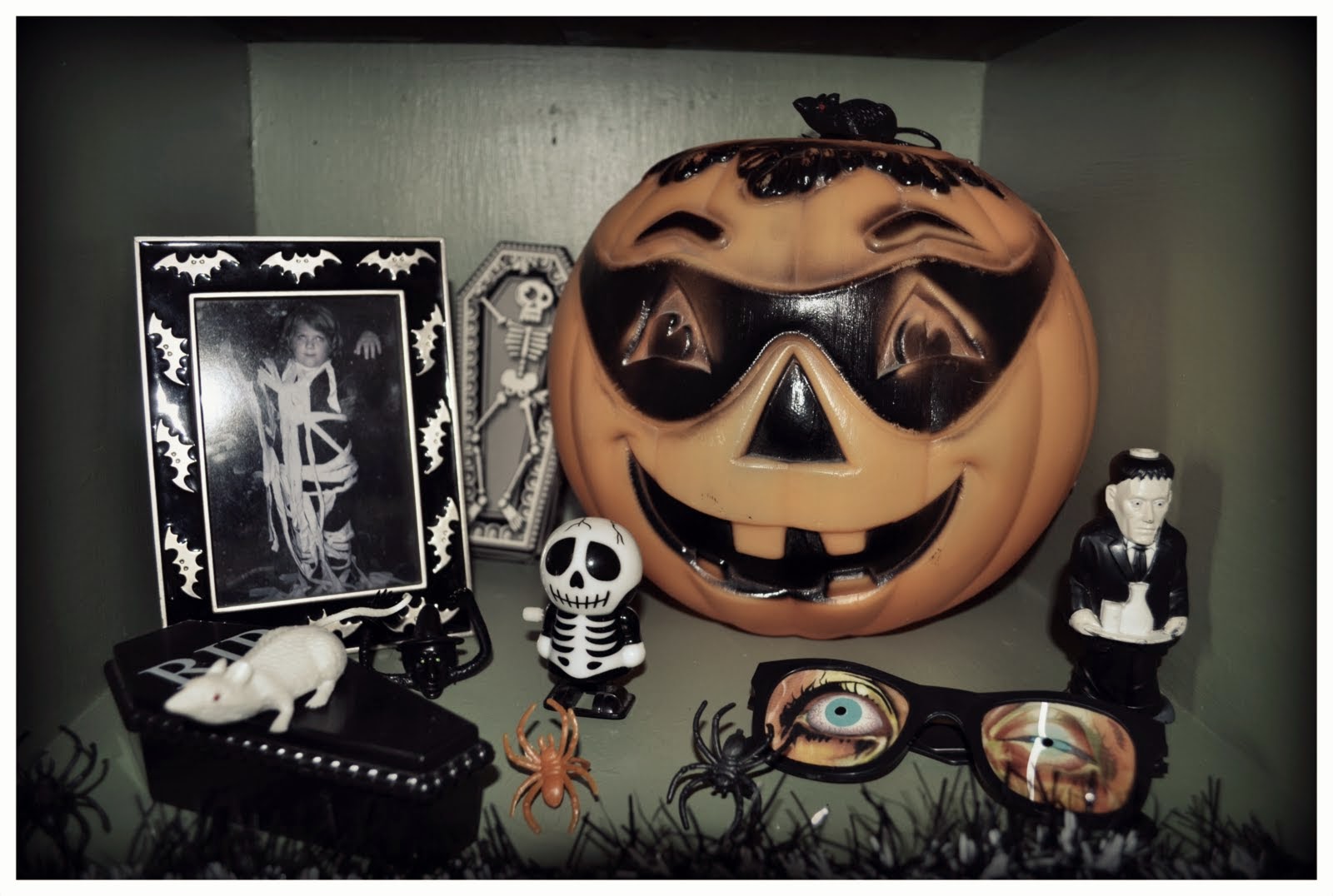 One of several cubbies in the display shelf.  I framed several past Halloween photos to put in each space. 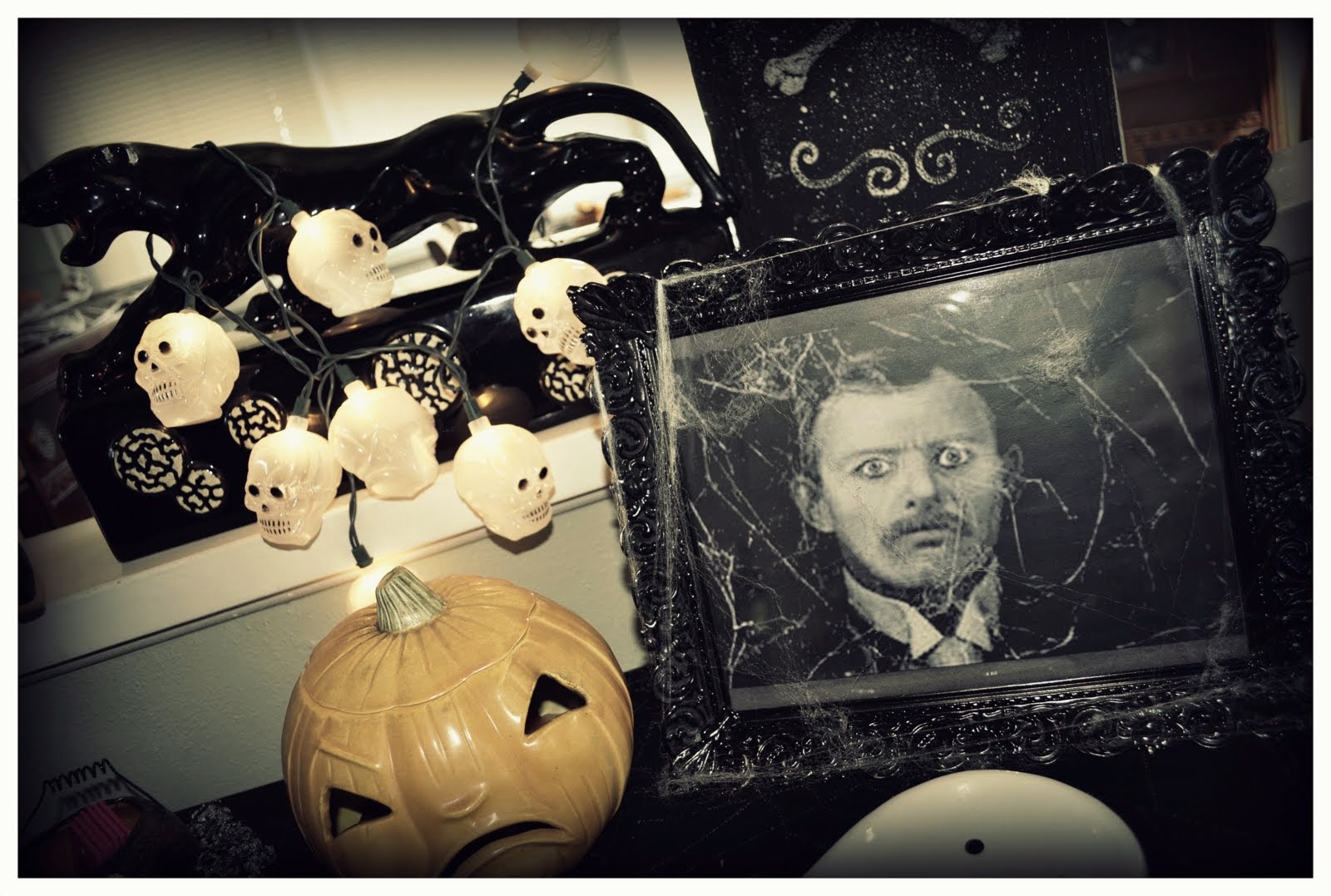 New this year!
It's a portrait of Old Man Rimshaw!
From the Andy Griffith Show, season 4 episode 2 "The Haunted House".
He is watching your every move....

* if you are wanting to make the bottle of embalming fluid be aware that the link for the image involved with the post is not functioning anymore, not by my fault, it was 8 years ago!   But I am sure there are a crap ton of images out on the nets that can be used in the same way.
Posted by my house is cuter than yours at 10/10/2014

Thanks so much!
~mary~

I am trying to get a copy of the "Old Man Rimshaw" print that you have in your display for my husband for Christmas. I've tried several places, but either they don't have it or don't answer the phone. Where did you find it? Thanks!

Kim,
I found the image online and printed it out as an 8x10. Here is a link to one on pinterest: