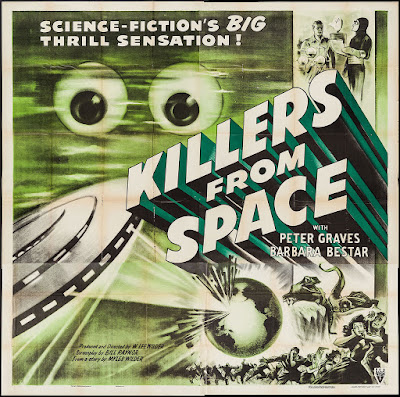 This year's Halloween costumes were inspired by the 1954 B-Movie "Killers From Space".
Science-Fictions's BIG Thrill Sensation so I have been told (by it's poster).
It's the story of a nuclear scientist being controlled by a few bug-eyed aliens hiding out in a cave.  They want to take over our planet and need this wimpy scientist guy to get some kind of information or something.  I don't remember.  But luckily the scientist comes to his senses and discovers that if the city kills the power for 10 seconds it will result in the alien headquarters cave blowing up like a massive Yucca Flats style atomic blast mushroom cloud.
The movie ends basically with an explosion...sky full of smoke. 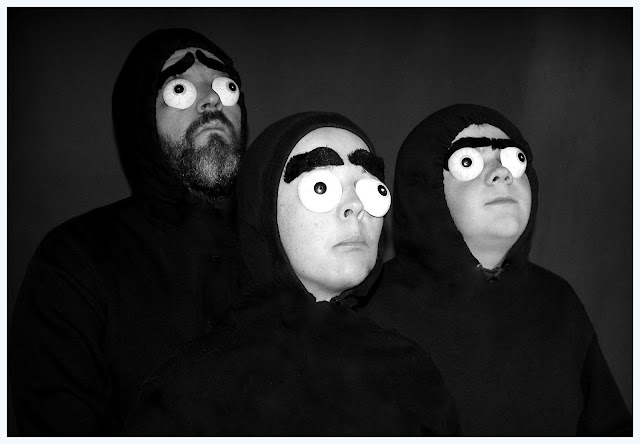 and film still below: 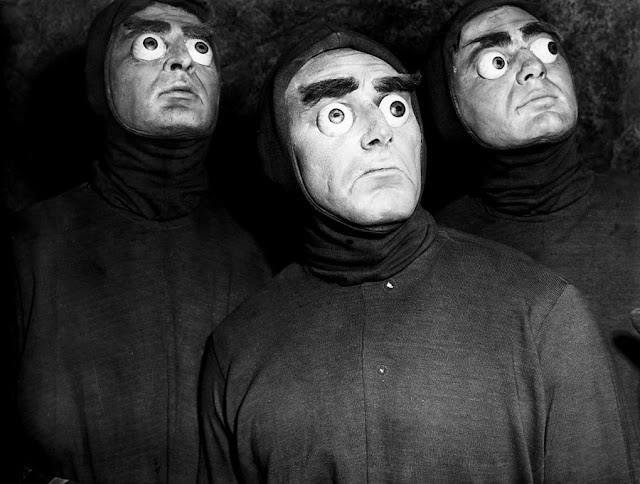 We have been watching a bunch of public domain sci-fi and horror movies lately for Nightmare Theatre.  I thought we could pull these aliens off pretty easily.  Hoodies, large eyeballs, and fake mustaches from dollar tree.  The problem came in when I realized that I wasn't going to be able to see (due to no glasses and those big saucer peepers taped to my face) very well to set the camera up and keep going back and forth to check the photo taken by the timer.  Oh man, I said some words that those aliens would not have been able to look up in a proper dictionary.
It's a funny photo, we kinda look like sad frogs rather than galactic murders though. 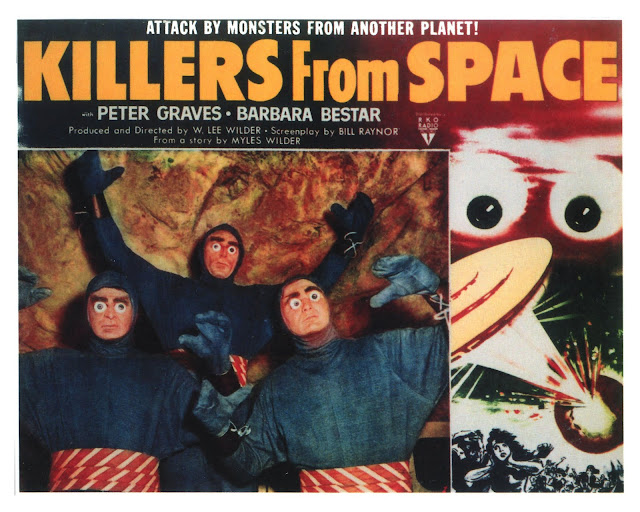